The Berkeley Review of Education (BRE), an open-access, peer-reviewed journal, is published biannually online,  edited by students from the Graduate School of Education at the University of California, Berkeley. The BRE encourages senior and emerging scholars, practitioners, and policy-makers to submit articles that address issues of educational diversity and equity from various intra/interdisciplinary perspectives. BRE is an open-access journal hosted by the eScholarship initiative of the California Digital Library and published yearly, with special issues on occasion.

All of our board members are current doctoral students at the University of California’s Graduate School of Education. 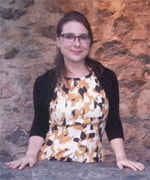 Corrine Aramburo, editor, is a fourth-year student in the Joint Doctoral Program in Special Education. Her research interests include special education teacher preparation; administrative leadership, and attribution theory. She completed her BA in English and History Education at Brigham Young University-Idaho and a MA in Moderate/Severe Special Education from San Francisco State University. 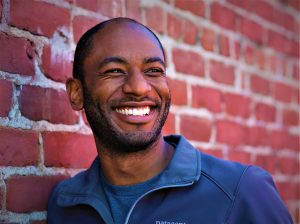 Aukeem Ballard, an editor, is a 2nd-year doctoral student in the critical studies of race, class, and gender in education. Aukeem’s research falls at the intersection of policy and practice and centers on equity in school. Specifically, Aukeem investigates the experiences of educators of color as they build and sustain relationships with students as a mediating force on student development. He also investigates how educators move equity into practice in their school settings. A former teacher and school leader, his passion for the practice of education is what drives his current research. He also consults with education-based organizations on issues of equity in schools. 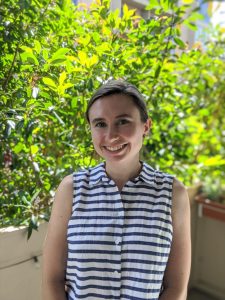 Kelly Billings, an editor, is a first-year doctoral student in the Learning Sciences and Human Development cluster. Her research interests include STEM education, teacher learning and ideology development, practitioner inquiry and culturally sustaining pedagogy. She currently works with Bay Area teachers to support them in implementing an anti-racist science curriculum. Before coming to Berkeley, Kelly was a high school science teacher in Oakland, CA, and still coaches teachers in her old school district. She has a single subject teaching credential from Loyola Marymount University and a B.S from the University of Southern California.

Diana Casanova, Chief Editor of Editorial Support and Training, is a fourth-year doctoral student in the Policy, Politics, and Leadership Cluster. Diana’s research is focused on the policies and practices that empower family and community stakeholders to act collectively and affect social change. Specifically, she studies the implementation of California’s school finance reform, which includes a more structured and democratic process of stakeholder engagement. A key aspect of her research seeks to illustrate the relationship between a state initiative aimed at bringing families into policy-making spaces and the ways that families find and make meaning in these spaces. Ultimately, her work seeks to track the resources and challenges that ripple through school districts and explore the relationships between school reform, democratic engagement, and the patterns of interaction between key stakeholder groups. 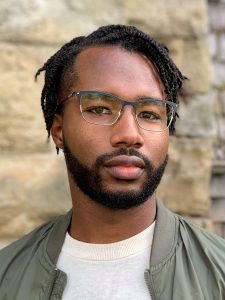 Caleb Dawson, an editor, is a 4th-year doctoral candidate in Critical Studies of Race, Class, and Gender in Education. Caleb’s research interests include antiblackness, neoliberal multiculturalism, racial capitalism, diversity (work), affect, social movements, and institutional change in higher education. His dissertation is an institutional ethnography of the gendered racial politics of institutional change at an elite public university. Caleb graduated with his B.A. in Sociology and Economics from Gonzaga University, and completed his M.A. in Education at UC Berkeley.

Joy Esboldt, a lead editor, is a fourth-year doctoral candidate in Critical Studies of Race, Class, and Gender in Education. Joy’s research focuses on Whiteness and teacher learning as they intersect with gender and cultural politics. Prior to Berkeley, Joy worked for several years as a public high school Spanish teacher and later as a teacher leader focused on racial equity. She earned a Masters in Diversity and Equity in Education from The University of Illinois-Urbana Champaign and a BA in Spanish Language and Literature with a concentration in Latin American Studies from Carleton College. 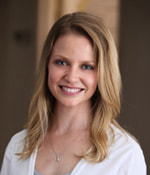 Allison Firestone, an editor, is a fifth-year doctoral student focused on teacher learning trajectories in building an inclusive practice. Her research examines collaborative models for teacher learning as a framework for improving pedagogy, reducing career attrition, and improving student outcomes. Prior to entering the doctoral program, Allison worked as a kindergarten teacher, an elementary school special education teacher, and a research assistant on early academic intervention research at the University of Oregon. Allison earned her bachelor’s in Literature of the World from U.C. San Diego, her master’s in journalism from U.C. Berkeley, and her master’s in special education from the University of Oregon. 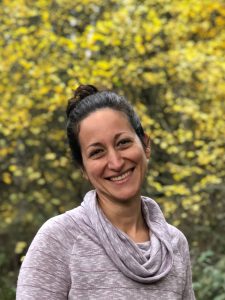 Danièle Fogel, Internal Review Coordinator and editor, is a fourth-year doctoral student in Critical Studies of Race, Class, and Gender. Danièle is studying global education and is interested in how critical global literacy can support the unlearning of dominant narratives, specifically about countries and peoples of the global South. Danièle is also interested in how global education intersects with civic engagement in students’ “local,” particularly for high school students. Before starting her Ph.D., Danièle taught ESL, literature, and literacy for eight years at the secondary level in France, Cameroon, New York City, and Oakland; she was also an instructional coach for teachers. She received her Masters in Secondary English Education from New York University and her Bachelors of Arts from Oberlin College. 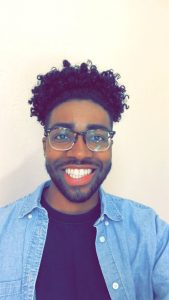 C. Darius Gordon, a lead editor,  is a third-year doctoral student in Critical Studies of Race, Class, and Gender in Education. Darius’s research interests include critical theory, social movements, Black independent schools, and other alternatives to schooling as they pertain to global (anti-)Blackness. Most recently, they have considered these topics in Brazil, Guyana, and the U.S. Ultimately, their work seeks to reimagine educational formations that exceed national boundaries in order to envision a new relationship between education and society, specifically the ways in which education can contribute to the project of Black liberation. Darius earned a MA in International Comparative Education from Stanford University and a BA in Educational Studies from Washington University in St. Louis. 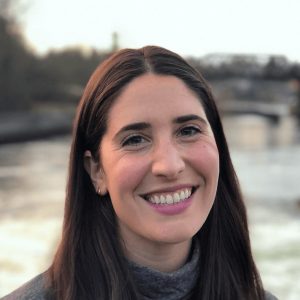 Talia Leibovitz, External Review Coordinator, is a fifth-year Ph.D. candidate in the School Psychology program in the Graduate School of Education. Her research explores how white parents’ school choices for their children are informed and shaped by policy, notions of merit, colorblindness, and the social construction of race; focusing especially on the ways in which white parents contest and reinforce these ideas through dialogue and behavior. She has been involved in community-based research in her work with parents organizing for racial integration and equitable schools in the Bay Area.

Julien Levin, an editor, is a first-year in the Social Research Methodologies master’s program. His research interests include second language acquisition, vocabulary acquisition, vocabulary knowledge and assessment, and educational measurement. Before coming to Berkeley, he earned a BA in economics at UC San Diego and subsequently taught English in South Korea for a few years. 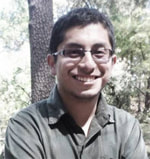 Enrique Lopez, a lead editor, is a student in the Policy, Politics and Leadership cluster at the Graduate School of Education. Before coming to Berkeley, Enrique worked for Mexico’s National Institute for Educational Evaluation and Assessment (INEE) in both the Policy and Indicators area. More recently, he has been a volunteer Research Assistant for UNDP China. Enrique’s interests focus on culturally pertinent education, equity policies, educational trajectories and teacher initial and continuous training. He holds a Master’s in Social Policy from KU Leuven in Belgium and a B.A. from College of the Atlantic. 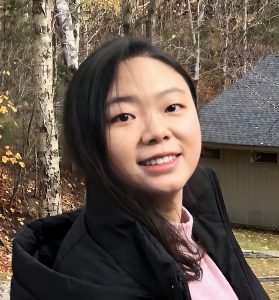 Elaine (Hua) Luo, an editor, is a first-year doctoral student in the School Psychology program. Elaine’s research interests include ethnic-racial identity, ethnic-racial socialization, and teacher-student relationships. Before coming to Berkeley, she earned an MEd in Human Development and Psychology from Harvard Graduate School of Education, and a BA degree in Education Sciences from the University of California Irvine with two specializations in Research and Evaluation and Early Childhood Learning and Development.

Sarah Manchanda, an editor, is in her fifth year as a doctoral student in the Joint Doctoral program. Her primary research interests focus on promoting the inclusion and wellbeing of students with high incidence “less visible” disabilities. In line with this area of focus, she investigates adolescents’ moral reasoning about the inclusion of peers with disabilities in both social and academic contexts, supporting the recruitment and retention of diverse teachers, and critical pedagogy as these practices relate to the wellbeing of students diagnosed with high incidence and “less visible” disabilities. She earned a B.A. in Communication from the University of Southern California, and served as a Special Education teacher, curriculum developer, and instructional coach in the U.S. and India. 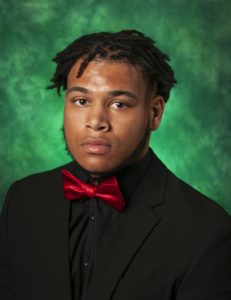 Qua Miller, an editor, is a 2nd-year doctoral student in the School Psychology program. Qua’s research interest includes ethnic-racial identity, ethnic-racial socialization, and mental health. His first prequalifying paper examines the relationship between different ethnic-racial attitudes and school belonging, academic efficacy, and academic performance. Before coming to Berkeley, Qua was an undergraduate research assistant at the University of North Texas and worked with the Communities in Schools program. Qua also earned his BS in Psychology from the University of North Texas.

Maryam Moeini Meybodi, an editor, is a 7th year PhD candidate in the Language, Literacy and Culture program. Her research interests include: Language and Identity, Immigration and Education, Youth Identity and Belonging, and Muslim Diaspora. Maryam’s dissertation is an ethnographic case study of an Islamic Saturday school, and its effort to foster young second generation’s multiple identity formations. She earned her BA in Sociology from Queens College of New York, and her MA in Liberal Studies (with a focus on Immigration and Educational Psychology) from the Graduate Center (CUNY).

Catherine Park, a lead editor, is a third-year doctoral student in the Critical Studies of Race, Class, and Gender in Education with a designated emphasis in Global Metropolitan Studies. Catherine’s research interests consider the intersections of global education, cultural and spatial politics, critical theory, and urban theory with a geographic focus on East Asia. Before coming to Berkeley, she earned a MA in China Studies from Zhejiang University, an MST from Fordham University in affiliation with Teach for America, and a BA in English Literature and Psychology from Swarthmore College. She has taught high school English language and composition in New York City. 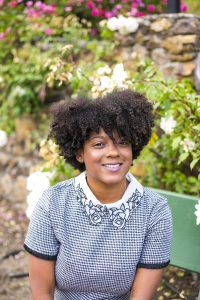 Rachel Elizabeth Williams, Chief Editor of Budget and Operations, is a Ph.D. Candidate in the Policy, Organizations, Methods, and Evaluation (POME) program. Rachel’s research focuses on the linkages between political economy, market-based educational policy reforms, and intra-racial politics of Black communities navigating school choice systems in the U.S. South. Prior to Berkeley, Rachel worked in the public policy and advocacy department at Illinois Action for Children. Rachel earned an MPP from Vanderbilt University and a BA in Psychology from Dillard University. 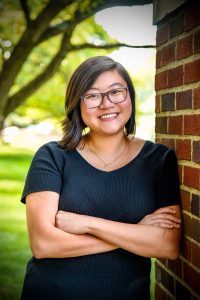 Ashley Zhou, Head Copy Editor, is a first-year Ph.D. student in the Joint Doctoral Program in Special Education at UC Berkeley’s Graduate School of Education and San Francisco State University. Ashley’s research focuses on racialized and affective labor in special education, focusing on the role of the paraprofessional. Prior to entering the doctoral program, Ashley worked in general and special education in the public charter school system in Washington, D.C. She received her B.A. in Studies of Women, Gender, and Sexuality from Harvard College.