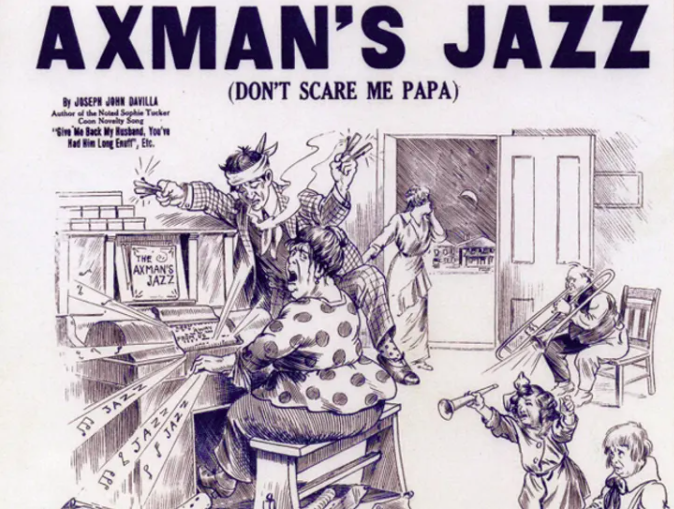 Stephen Colbert and Jon Batiste in New Orleans | Election Week Cold Open by Kate McKinnon | busdriver (on The Champs) | Fiona Apple’s Art of Radical Sensitivity by Emily Nussbaum | Dissect the Bird by John Craigie | Meaning behind the lyrics of ‘Delete Forever’ by Grimes | Bikini Bottom by WorthiKids | Are You Happy? by Bo Burnham | Goodbye by Bo Burnham | Lucy Dacus’ Thumbs on Song Explorer

Oh, you can judge the whole world on the sparkle that you think it lacks…
Yes, you can stare into the abyss, but it’s starin’ right back.

(from When My Time Comes by Dawes)

Isn’t it a pity
Now, isn’t it a shame
How we break each other’s hearts
And cause each other pain.

Some things take so long
But how do I explain
When not too many people
Can see we’re all the same.
And because of all their tears
Their eyes can’t hope to see
The beauty that surrounds them

(from Isn’t It a Pity by George Harrison)

How they dance in the courtyard, sweet summer sweat…
Some dance to remember, some dance to forget.

(from Hotel California by The Eagles)

Day after day, alone on the hill…
The man with the foolish grin is keeping perfectly still.
But nobody wants to know him,
They can see that he’s just a fool.

And he never gives an answer…

But the fool on the hill, sees the sun going down.
And the eyes in his head, see the world spinning around

Well on the way, head in a cloud…
The man of a thousand voices talking perfectly loud.
But nobody ever hears him, or the sound he appears to make

(from The Fool On The Hill by The Beatles)

(from Pretty Woman by Shankar Mahadevan and Ila Arun)

(from Telescope by Cage The Elephant)

I see friends shaking hands saying how do you do
They’re really saying I love you
I hear babies crying, I watch them grow
They’ll learn much more than I’ll never know
And I think to myself what a wonderful world

(from What A Wonderful World by Louis Armstrong)

Ahh you’ve gone to the finest schools, alright Miss Lonely
But you know you only used to get juiced in it
Nobody’s ever taught you how to live out on the street
And now you’re gonna have to get used to it
You say you never compromise
With the mystery tramp, but now you realize
He’s not selling any alibis
As you stare into the vacuum of his eyes
And say do you want to make a deal?

The day folds up like money
if you’re lucky. Mostly

sun a cold coin
drumming into the blue

of a guitar case. Close
up & head home.

Half-hundred times I wanted
to hock these six strings

or hack, if I could, my axe
into firewood. That blaze

through stale air & trash.
You’ve seen me, brushed past—

my strings screech
& light up like a third rail—

Mornings, I am fed by flies,
strangers, sunrise.

“Music is the pleasure the human mind experiences from counting without being aware that it is counting.”

(Gottfried Leibniz, from The Music of the Primes by Marcu du Sautoy)

“Scientists with an affinity for music are legion. Stereotypically, however, they are drawn to classical music, especially the rigorous and mathematical Bach. McClintock loved the improvisation and interplay of jazz. The best jazz players break the rules imaginatively. Some of the best players in jazz history have been self-taught, playing by ear without ever learning the formal rules of music. Idiosyncrasy is prized among jazz musicians. Jazz fit McClintock’s developing intellectual style and her private myth as an idiosyncratic rule-breaker.”

[…] “Development, then, used a more or less fixed set of genes in an infinite variety of ways. The genome was like a set of organ pipes, with each gene modeled to produce a unique note. The qualities of any note could be varied by the player, but most important, the organ could produce anything from a Bach chorale to rhythm-and-blues, depending the combinations, order, intensity, and timing with which the keys were pressed. Development, she thought, was often, usually, or even exclusively governed by reversible modulations of gene action. Evolution, however, must result from permanent, structural genetic changes.”

(from The Tangled Field by Nathaniel Comfort)

“I’m an artist. I am not a musician. A musician is someone who makes their living playing music. I am not that. But I’ve been an artist for 50-some years. And I’ve had a band and played music for 47 years. But I don’t consider myself a musician. The men who work with me are musicians. A musician is different. I don’t think I play the guitar. I pretty much destroy it. I do some things on it that are lovely, you know, but it’s just a tool to me and it’s what I do because I have to do these things. I’m not stable as a person. I have to do this. I absolutely have to do this – and now more than ever. I’ve always had to do this. I don’t just play music. I mean my place is full of my art and I write and work constantly. Now that I’m older, I work harder because I’m running out of time and I’m trying to figure out what matters more – your health, time, or love. It’s hard because if you have time but you don’t have health, time doesn’t matter. It becomes more important than your health if you don’t have your health. And if you don’t have love it changes the aspect of everything. You can have time and you can have health, but if you don’t have love, what do you have?”

[…] “I don’t do anything except just be who I am and I am who I am, 100%. When I take the stage, what I do just happens. I put as little thought into it as I can. I don’t want to think about it. I want something to happen. So I search for it every time I play”

[…] “I was singing in the choir in grade school doing Christmas songs and I remember singing the words to these religious songs and I felt this overwhelming emotional upheaval that brought me to tears and I thought, “this is special. I need to feel this way.” Music does this for me. Blues music did that for me. I heard it and it came inside of me and it generated the same impact. So does jazz music and so does swing, you know. I mean, it’s everywhere. It’s in everything.”

“What has struck me the most about the protests is just hearing so many voices in unison. That is really one of the most powerful things you can hear. There’s a quote by Brian Eno that’s like, if you want to feel like you belong to a community and something greater than yourself, just join your local choir. I think he was totally right about that, and I think so many people felt that when they were at the protests. They weren’t really singing, but they were chanting as a way of bearing witness to who was lost, and why they shouldn’t be forgotten. I think that idea of giving voice to something in a rhythmic way, there is something really elemental and fundamental about that, like the primordial human sense of, “What does it mean to see? To be seen? To hear? To be heard?” This is a practice that makes people feel both physically and spiritually connected. Just thinking about how spaces conduct and transmit and echo sound – when silence was horrifying in New York for a moment, and then what it meant to hear people chant for hours on end in the streets. It’s something that’ll make me not take New York for granted.”

[…] “You should listen to it with the context of beauty, and I’m taking up space to demand that I have a platform for people to do that. I think with the instruments I use and what I cite in Urdu poetry for my songs, those are all from a reading of history that deserves space. I have a real love for digging into the archives and finding this fragment that I believe deserves a continued life in some way or another. When people are asking us to smooth things over until it’s easier for their understanding, there is something deeply political in saying, no, I’m not going to do that. This is my experience. This is my language. This is what feels true to me, and I believe that deserves to take up space in the world.”

(from An Interview with Humeysha’s Zain Alam by Pranav Trewn)

“The ancient art of mathematics… does not reward speed so much as patience, cunning and, perhaps most surprising of all, the sort of gift for collaboration and improvisation that characterizes the best jazz musicians.”