“Beauty is not the goal of competitive sports, but high-level sports are a prime venue for the expression of human beauty. The relation is roughly that of courage to war. The human beauty we’re talking about here is beauty of a particular type; it might be called kinetic beauty. Its power and appeal are universal. It has nothing to do with sex or cultural norms. What it seems to have to do with, really, is human beings’ reconciliation with the fact of having a body.”

“The training here is both muscular and neurological. Hitting thousands of strokes, day after day, develops the ability to do by “feel” what cannot be done by regular conscious thought. Repetitive practice like this often looks tedious or even cruel to an outsider, but the outsider can’t feel what’s going on inside the player — tiny adjustments, over and over, and a sense of each change’s effects that gets more and more acute even as it recedes from normal consciousness.”

(from Federer as religious experience by David Foster Wallace)

“But I tell you one thing, this sport is about victory. This is not about defeats. At the end of your career, nobody remembers your defeats, your losses. People remember the victories.”

“I am a keen tennis fan and I have always admired Roger Federer and the way he controls his emotions. I selected five clips of Federer for the boys to watch and asked them to write down which tournament he was appearing in, which set it was and which point.

They would identify, say, Wimbledon as the competition, but they couldn’t tell me which point or set it was. The point I made to them was that wherever Federer was playing, he was winning and performing at the highest level when it really mattered. He would win the first set, then lose the second and the third but, by the time the game reached match point, everything which had happened before didn’t matter because he was so focused on winning.” 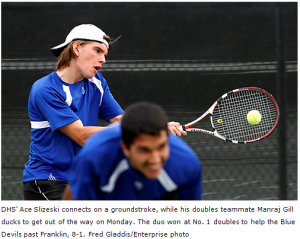 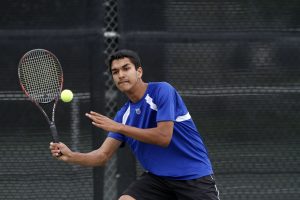