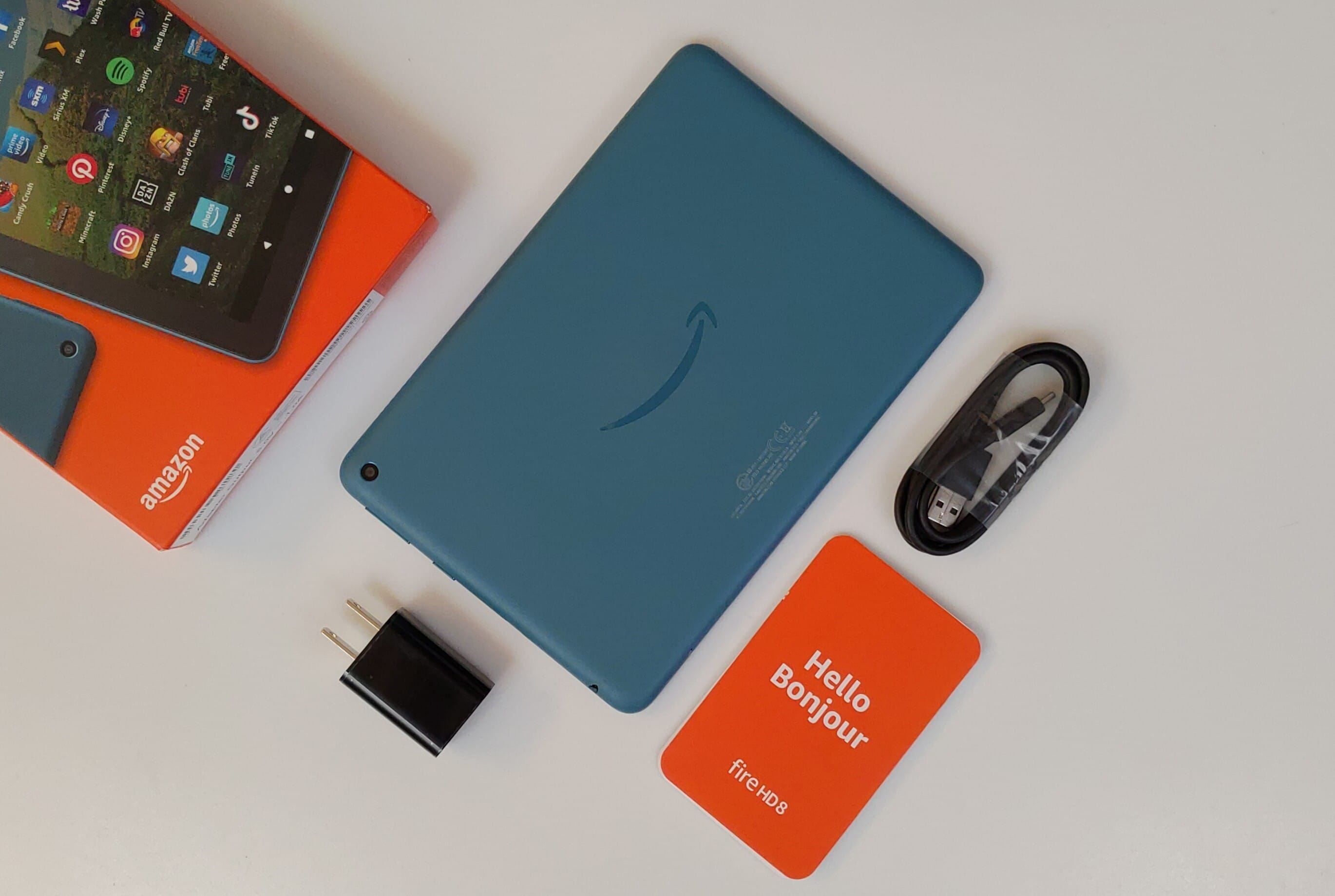 The Amazon Fire HD 8 came out a couple of months ago and there has been so many new e-readers that have come out lately, that has been our priority. We finally conducted an extensive unboxing video of the latest entry level tablet from Amazon. You will get a sense of the retail packaging, everything that comes inside of the box and our take on the industrial design.

The Fire HD 8 2020 edition features an 8 inch screen with a resolution of 1280 x 800 with 189 PPI. It is powered by a Quad-core 2.0 GHz processor, 2GB of RAM and the internal storage has two different configurations – 32 or 64 GB. There is an SD card that is capable of 1TB cards, which is enough for all of your movies, TV shows, songs, Kindle eBooks, magazines, apps, and games, the Fire HD 8 is the perfect tablet for enjoying entertainment. There are dual speakers to listen to all of your audio content. There is also a 2MP rear facing and a 2MP front facing camera. Amazon is really billing this device has a Zoom machine in all of their marketing materials. There is a USB-C port to charge the device, and also transfer data from your PC/MAC. Estimated battery life is around 12 hours.  This device is very affordable, you can buy the Fire HD 8 for $89.99

The box design is similar to other Fire tablets. It is bright orange with a picture of the tablet on the front and also shows the the back of it, but only the rear facing camera, the rest is cropped out. On both sides of the box shows the model name, Fire HD 8.  On the back of the box is a list of the key selling points, both in English and French, since this is the Canadian version.  Amazon is really hyping the processor, SD slot, the resolution and Dolby Atmos.

There are a few accessories that come inside of a little box. The quick start guide, which basically has just a few visual screenshots of where the power button, volume and SD card is. There is also a wall charger and a USB-C cable.

The front of the tablet is flush with the bezel and a camera at the very top. On the back is the rear facing camera and the Amazon swoosh logo. At the very top is the volume, power, status indicator light, USB-C port and a 3.5mm headphone jack. The only other thing is on the very bottom, which is an SD card port, that is protected by a little plastic flap. There are also two stereo speakers, the sound quality is high.