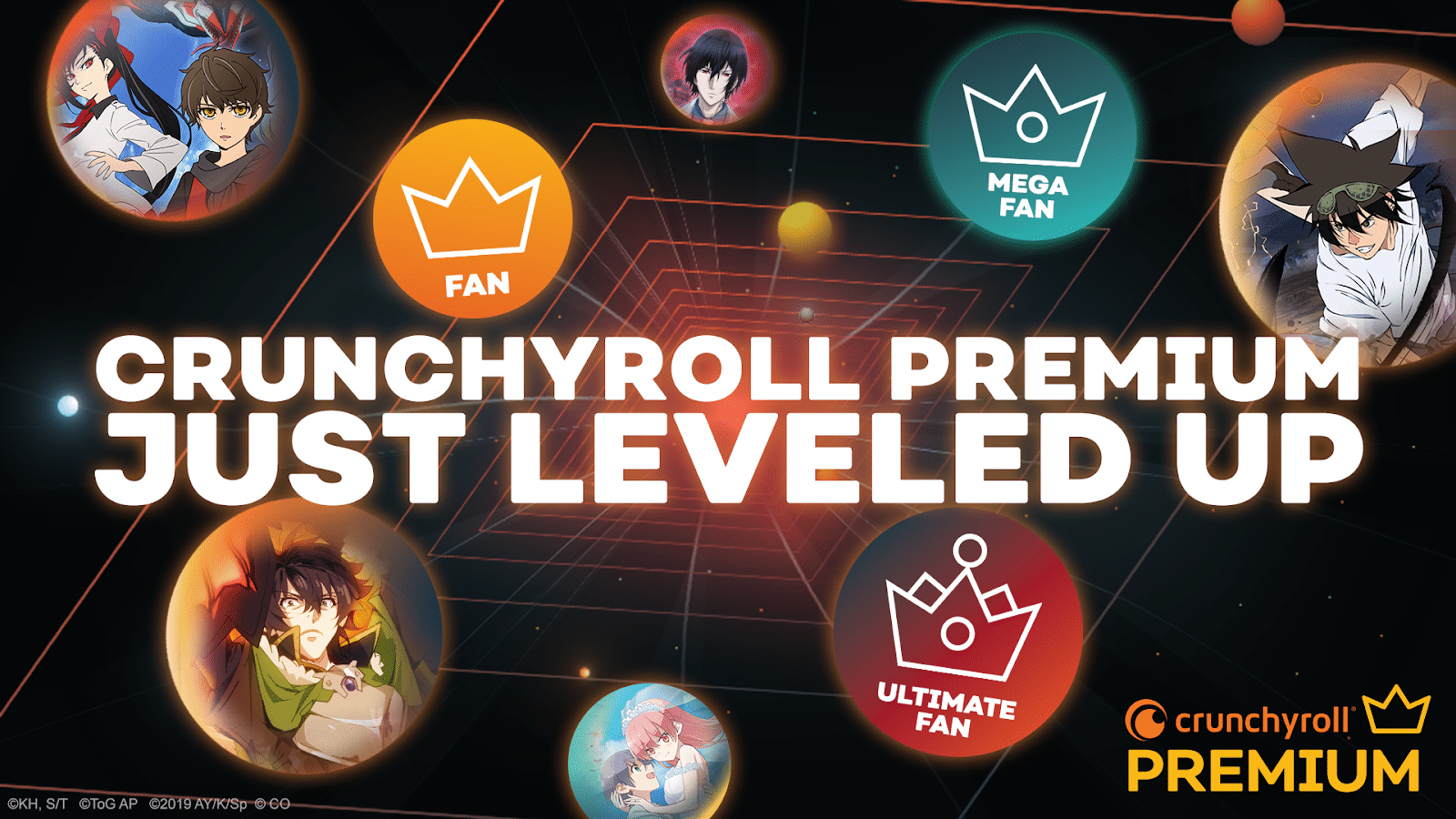 Crunchyroll is likely the best streaming platform for anime and they also provide digital manga. The company has just unveiled new subscription options, prior to this move, they only had a free and premium tier. The various new perks offered to its members not only provide simple entertainment for the fans, but also help to officially support the Japanese anime industry from all across the world.

The new membership options are Free, Fan, Mega Fan and Ultimate Fan. Any of the paid options include full access to over a thousand digital manga and also unfettered access to anime, one hour after it airs in Japan. The Mega Fan allows for up to 4 different devices to access the service, perfect if you are the type of person who watches on their phone at work or during the commute and an iPad while at home, or even the odd viewing party. It also provides offline viewing, so you can watch anime, or manga without an internet connection. Mega fan, is simply a one year subscription, with all of the other perks, but you save 16% off of the monthly subscription.

CBR thinks that this new plan will help curb piracy. “This paid access to material helps to officially support production studios and the anime industry as a whole. Piracy has been a constant moral issue with many fans outside of Japan who wish to watch or read certain series, but don’t have an official international release to support. This lack of international availability drastically increased piracy within the industry, as many took to torrents and sites such as Putlocker to watch shows that were otherwise unavailable. Recently, the well-known pirating website KissAnime was shut down for good after years of essentially robbing the anime industry and the creators within it.”

Some people are jaded about having their premium membership being downgraded to a fan. Users are also complaining that they need a higher tier subscription package to watch offline content, when Pokemon TV, Amazon Prime Video and Netflix all offer it as part of their monthly membership. Still,  the majority of users won’t care about offline viewing, or watching stuff on multiple devices, since most people tend to watch either on their PC or tablet, or smartphone, not all 3.