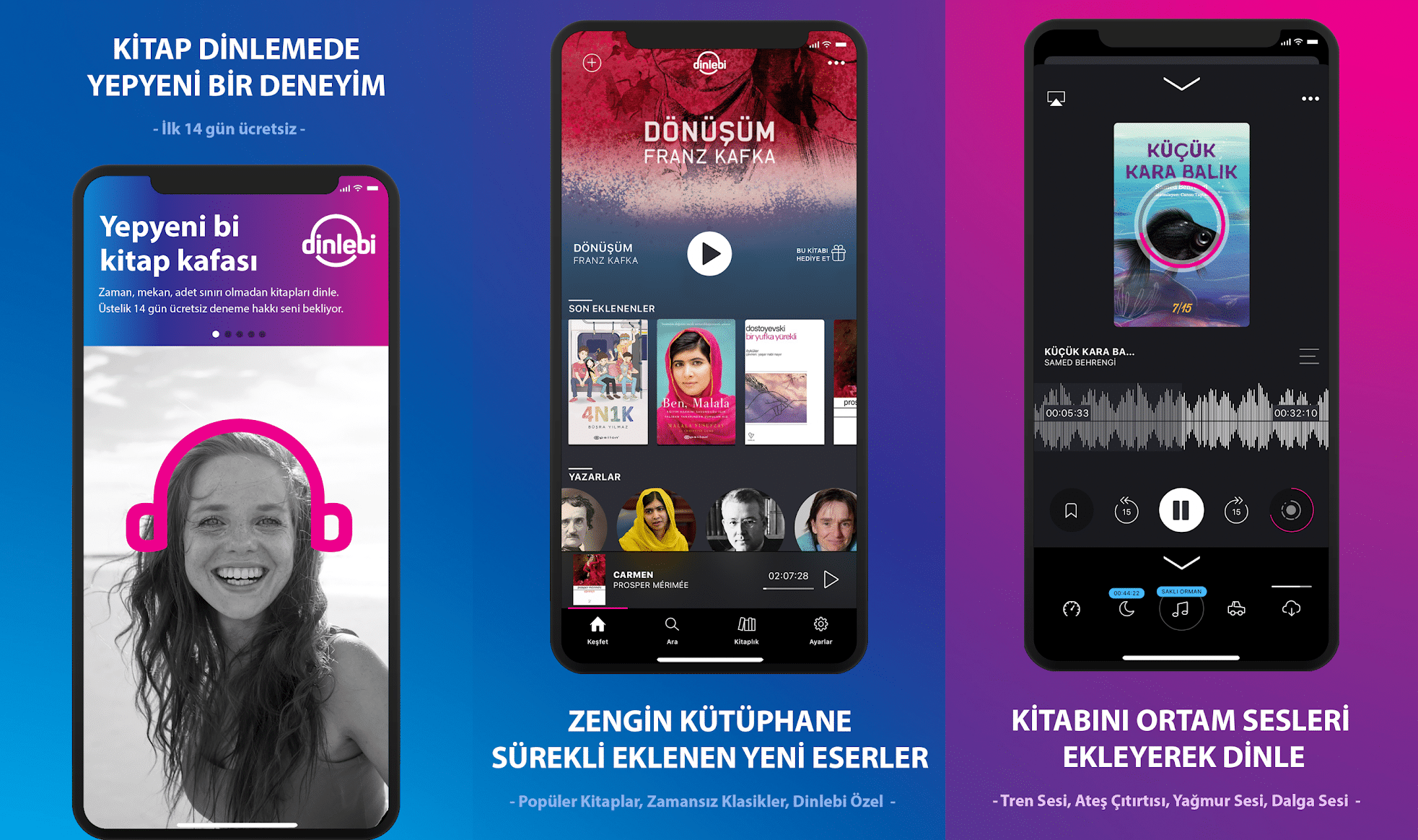 Dinlebi is a new audiobook provider in Turkey and content is delivered via their own apps for Android and iOS. They have thousands of audiobooks from over 20 leading publishing houses in Turkey and are offering an attractive business model that would generate them more revenue.

Dinlebi Project Coordinator Ethem Şallı explained that the audiobook sector had only recently started to develop in Turkey. “Britain, the U.S. and Northern Europe, in particular, have come a long way in this regard. Therefore, expectations of audiobook applications in the world and their similarities to each other are easily accessible information. However, there are nuances that distinguish the Turkish people from others, and to capture them and to offer solutions both in experience and in content accordingly is the most fundamental thing that will make us stand out. We are one of the top countries in terms of the use of social applications. That is why we have developed the ‘press-share’ feature for Dinlebi. This is the first and only application to do so. Thus, when you listen to a audiobook, you can record what you would call the most crucial part of it by pressing a button in the player and sharing it directly on your Instagram and Facebook story.”

Not only are there professionally narrated audiobooks on the platform from major publishers, but the company is also producing their own digital content. They currently deal with over 100 voice actors who record in the Dinlebi studios, the recording process is overseen by sound engineers.  These are normally shorter works, that can be listed to in a few hours.