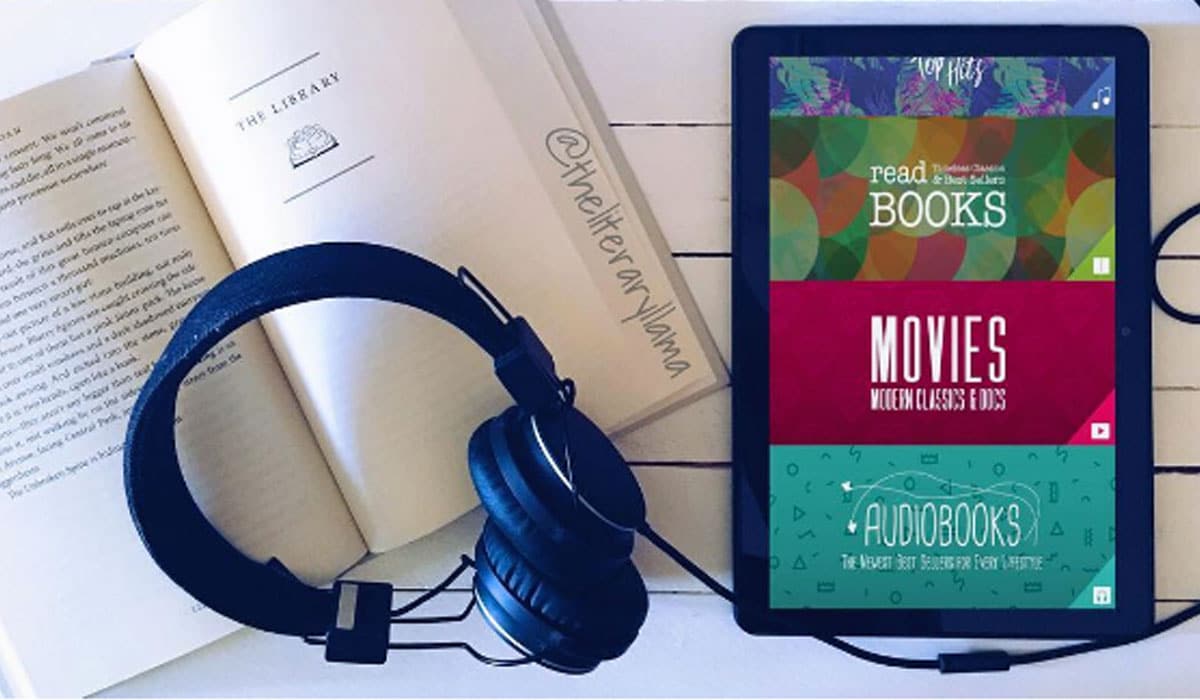 Playster was an unlimited streaming platform for audiobooks and ebooks and the company has gone bankrupt. They have removed their apps from Apple and Google Android, the website has been shut down and it looks like it is over. There are reports that customers who did not cancel their subscription are continuing to be billed and there is no way to actually stop the subscriptions, short of calling your credit card company.

Playster was initially founded in 2014 they offered a tiered subscription approach to not only have  ebooks, but also games and videos. They formed relationships with HarperCollins, Simon & Schuster, Harlequin Paramount Pictures, Cinedigm and Gameloft.In 2015 they added audiobooks with their partner Findaway. In April 2016, Playster expanded its audiobook library to include the Big Five publishers. As reported by Adweek, “the platform now carries audiobooks from: Simon & Schuster, Macmillan, HarperCollins UK, Recorded Books, Tantor, and Highbridge. HarperCollins US titles are already in the library.”

The writing was on the wall in mid-2017 that Playster was in trouble. The company was burning through their cash reserves and had to increase prices. They doubled the price of its audiobook membership to $29.95 or allowing users to access under half of its library for their current price of $14.95.

In early 2019 Playster has fired their entire staff two weeks ago and only a few executives remain with the company. Management has asked everyone to keep it a secret and not to post about it on social media. The company release a statement to Good e-Reader, after we broke the news on the staff firings. “In order to stay competitive, Playster has reorganized its team and shifted its focus towards technology — such as AI, audience segmentation and deep learning — to better tailor its offering for every member. As a result, some users may notice changes in their available content and personalized recommendations from week to week.” 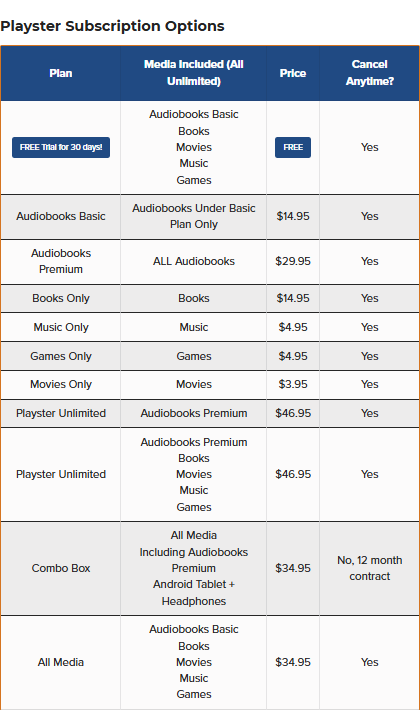 Playster never really gained any traction in the market. Their costs were too convoluted for new users to really understand. Just look at their various subscription plans, they had so many, it was simply mind boggling. Amazon Kindle Unlimited has one monthly subscription fee, Scribd only has one major fee, but also has a newspaper bundling plan for the New York Times. Audible has three plans right now, one is for podcasts and the other two give you a few credits a month to get audiobooks.

Hardly anyone has likely even heard about Playster, and the ones who did, and actually subscribed, likely only  have negative things to say about the platform. They simply couldn’t compete in a world filled with major players, doing things better. I am happy Playster is gone, their apps and website was a complete nightmare.