I am an Associate Professor in the Department of Economics at BI Norwegian Business School in Oslo, Norway. My research focuses on International Trade, Development & Growth, and Firm Dynamics.

The Unequal Effects of Trade and Automation across Local Labor Markets

Accepted at the Journal of International Economics (December 2022)

We quantify the joint impact of the China shock and automation of labor, across US commuting zones (CZs). To this end, we employ a multi-sector gravity model of trade with Roy-Fréchet worker heterogeneity across sectors, where labor input can be automated. Automation and increased import competition from China are both sector-specific; they lead to contractions in a sector’s labor demand and a decline in relative income for CZs more specialized in that sector, amplified by a voluntary reduction in hours worked and an increase in frictional unemployment. The estimated model fits well with the aggregate performance of the manufacturing subsectors and with the variation across CZs in changes in average income, the hourly wage, hours worked, the employment rate and employment in manufacturing. The China shock contributes almost as much as automation to the distributional effect of the combined shock, but its impact on aggregate gains is less than half of automation’s impact.

This paper studies the dual impact of increased competition on aggregate output in a setting with both oligopolistic competition and financial constraints. In the absence of financial constraints, more competition unambiguously increases output by reducing markup levels, which increases aggregate capital. However, with financial constraints, stronger competition reduces the profitability of constrained firms and thereby slows down their rate of self-financed capital growth. Extensive reduced-form evidence confirms the theoretical predictions, including evidence from the pro-competitive impact of an industrial policy reform in India. In line with the theory, this reform reduces markup levels and dispersion, and slows capital growth. The quantitative analysis demonstrates that allocative efficiency declines with competition, but this negative effect on output is initially more than offset by a higher aggregate capital level due to lower markups. However, when firms have fixed operating costs, capital growth slows down drastically with competition, which eventually reduces aggregate capital. In this setting, less access to finance implies a lower optimal degree of competition.

Slicing the Pie: Quantifying the Aggregate and Distributional Effects of Trade

The Review of Economic Studies (2023)

with Andrés Rodríguez-Clare and Moises Yi

We develop a multi-sector gravity model with heterogeneous workers to quantify the aggregate and group-level welfare effects of trade. The model generalizes the specific-factors intuition to a setting with labor reallocation, leads to a parsimonious formula for the group-level welfare effects from trade, and nests the aggregate results in Arkolakis, Costinot and Rodriguez-Clare (2012). We estimate the model using the structural relationship between China-shock driven changes in manufacturing employment and average earnings across US groups defined as commuting zones. We find that the China shock increases average welfare but some groups experience losses as high as five times the average gain. Adjusted for plausible measures of inequality aversion, gains in social welfare remain positive and deviate only slightly from those according to the standard aggregation method. We also develop and estimate an extension of the model that endogenizes labor force participation and unemployment, finding similar welfare effects from the China shock.

Elections affect the division of resources in society and are occasions for political elites to make appeals rooted in voters’ self-interest. Hence, elections may erode altruistic norms and cause people to behave more selfishly. We test this intuition using Dictator Games in a lab-in-the-field experiment involving a sample of more than 1,000 individuals in Kenya and Tanzania. We adopt two approaches. First, we experimentally prime participants to think about the upcoming or most recent elections and find that this priming treatment reduces how much money participants are willing to give to other players. Second, we compare results obtained across lab rounds in Kenya taking place right before the country’s 2013 national elections and one eight months prior and find that selfishness is greater in the lab round more proximate to the election. Our results suggest that elections may affect social behavior in important—and previously unrecognized—ways.

Journal of the European Economic Association (2020)

Ethnicity has been shown to shape political, social, and economic behavior in Africa, but the underlying mechanisms remain contested. We utilize lab experiments to isolate one mechanism—an individual’s bias in favor of coethnics and against non-coethnics—that has been central in both theory and in the conventional wisdom about the impact of ethnicity. We employ an unusually rich research design involving a large sample of 1,300 participants from Nairobi, Kenya; the collection of multiple rounds of experimental data with varying proximity to national elections; within-lab priming conditions; both standard and novel experimental measures of coethnic bias; and an implicit association test (IAT). We find very little evidence of an ethnic bias in the behavioral games, which runs against the common presumption of extensive coethnic bias among ordinary Africans and suggests that mechanisms other than a coethnic bias in preferences must account for the associations we see in the region between ethnicity and political, social and economic outcomes. 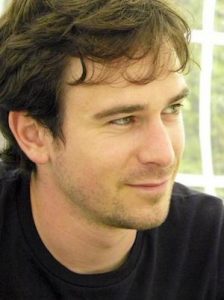