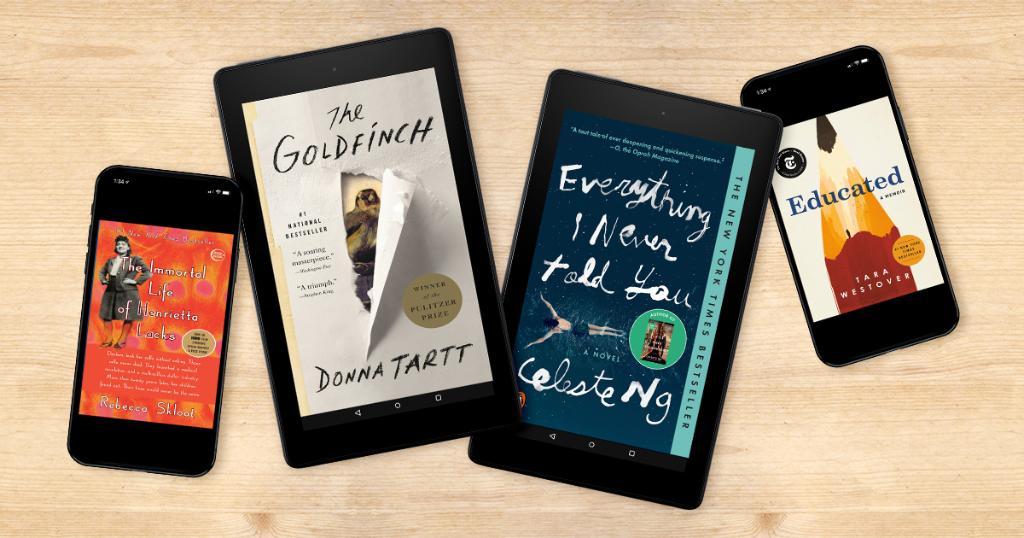 Ever since ebooks became popular in 2007, with the release of the 1st generation Amazon Kindle, major publishers have been actively digitizing their front and backlist titles. When the Barnes and Noble Nook and Kobo e-readers came around a few years later, they had massive bookstores on their e-readers, that allowed customers to buy them in their pajamas. Various companies have experimented with giving an ebook away for a very low cost or even for free, if you bought a print edition. Everyone has virtually scaled back or discontinued these programs, the dream of a bundled print/ebook will never be a reality.

The first thing that is important to know that publishers have different budgets for print and ebooks and it is normally completely different departments. Developing an ebook edition actually costs the publisher more, than doing print, because they have it down to a science. Ebooks need scaled versions of cover art, metadata for things such as ISBN numbers for search, a hyperlinked version of the table of contents and much more.

Baen Books was one of the pioneers in adopting ebooks. Ever since 1999 they have been selling DRM-free ebooks, in multiple formats, in their own ebookstore. Around this time, if you bought a hardcover from them, they included a free CD with ebook titles, in a myriad of formats. This was during an era where EPUB was not the norm, but many different ones such LRS, LRF, and LRX, which were file extensions for the Broad Band ebook format. They were proprietary formats that Sony created for use on its own range of ebook readers.LIT was Microsoft’s proprietary ebook format. When DRM-enabled, the books were only readable on the Microsoft Reader app. Baen ceased to bundle ebooks with print around 2013, when they signed digital distribution deals with other digital bookstores.

Kindle Matchbook launched in 2013 with 74,000 eligible titles and it was a way you could get the digital ebook edition for free or at a very low cost, if you brought a hardcover. These electronic books can be read on Kindle e-readers or tablets, or via iOS and Android devices that have the Kindle reading app loaded. Matchbook versions will come with the standard Kindle book features, including Whispersync, Popular Highlights and X-Ray.  Amazon really did nothing to promote the program. You can’t search for MatchBook-eligible titles.  The only way to find out if a title is eligible is if you already own it in print; then you can find your way to the well-hidden Kindle MatchBook landing page and click a button to see which of the print books you already bought are eligible for cheap ebook purchases. Amazon discontinued Matchbook entirely in late 2019.

Shelfie, formally Bitlit launched in 2013. They were a digital bundling platform that used an app  to scan your physical bookshelf and it will produce a list of audiobooks and ebooks that are eligible to receive discounts. The company had relationships with hundreds of publishers and they had over 450,000 titles in their catalog that could receive discounts.  In 2017 the company shut down and was sold to Kobo, to date,  they have never done anything with the million dollar acquisition.

Now that Amazon has bowed out of ebook bundling, there are not many entrants left that can pull this off to scale. Kobo only sells audiobooks and ebooks, Barnes and Noble has no intention of bundling Nook content with print, they have a million problems to deal with first. Apple only sells digital editions and not print. Scribd, Storytel and other subscription sites only deal with digital and not print. Google might be in the best position to pull something like this off, but it is unlikely.

All of the big online bookstores, from Amazon to Nook to Kobo, are basically distributors or resellers, the publishing industry refers to them as agents. Amazon is the largest bookseller in Canada and the US, and they have tremendous pull when it comes to negotiating better deals with publishers.  But in effect, unless you publish books yourself, both in print and digital, bundling them would be next to impossible, unless you only leverage self-published authors, who use a print on demand service, in conjunction with digital distribution. Unless there are notable authors and bestsellers on the list, a modern day bundling program is impossible to do.