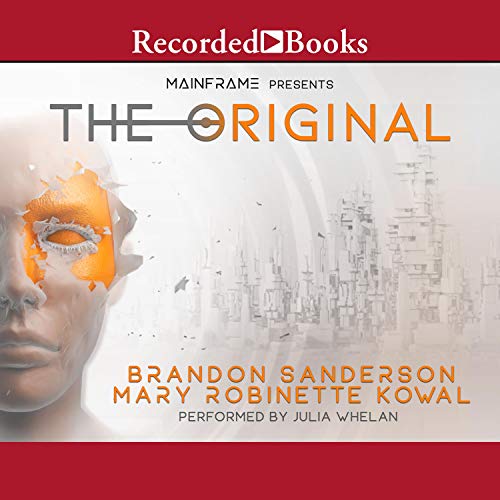 RBMedia has been in the news lately, primarily due to them selling their library unit to Overdrive and the company is now just selling audiobooks directly to users through their network of retailers, such as Audible and Apple Books. Today, RBMedia has announced they signed a business deal with Mainframe, to produce and distribute four new audiobooks from renowned and award-winning author Brandon Sanderson.

The first audiobook that is being developed will be released on September 14th and is entitled, The Original. It was co-written by Brandon Sanderson and Mary Robinette Kowal, Hugo and Nebula Award–winning author of the Calculating Stars series. The Original is a sci-fi thriller set in a near future version of our world where humans are essentially immortal. This immortality, however, comes at a price—the loss of personal privacy.

Beyond The Original, Recorded Books and Mainframe will release two audio-first additions to Brandon Sanderson’s multifaceted Dark One series. The first project is a fantasy true crime investigative series and the second is an audio-first novel. Sanderson recently launched the Dark One property as an acclaimed graphic novel from Vault Comics, and it is also in development for television with FremantleMedia North America and Random House Studio. Recorded Books is also partnering with Mainframe to publish a new audio novella set in Sanderson’s Stephen Leeds universe, previously known as Legion. The Legion series has been optioned by Cineflix Media, a global media production and distribution company.