Warning: count(): Parameter must be an array or an object that implements Countable in /services/http/users/o/ohsi/wp-content/plugins/cactus-companion/inc/pageMetabox/init.php on line 746

Warning: count(): Parameter must be an array or an object that implements Countable in /services/http/users/o/ohsi/wp-content/plugins/cactus-companion/inc/pageMetabox/init.php on line 746
 History of One Health – ONE HEALTH STUDENT INITIATIVE at UC Berkeley
Skip to content

History of One Health 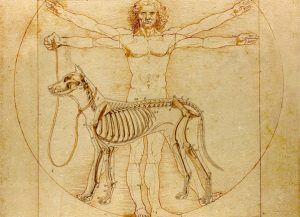 One Health is a new phrase, but the concept extends back to ancient times. The recognition that environmental factors can impact human health can be traced as far back as to the Greek physician Hippocrates (c. 460 BCE – c. 370 BCE) in his text “On Airs, Waters, and Places”. He promoted the concept that public health depended on a clean environment.

The Italian physician Giovanni Maria Lancisi (1654–1720) was a pioneering epidemiologist, physician, and veterinarian, with a fascination in the role the physical environment played in the spread of disease in humans and animals.  The idea that human, animal and environmental healths are linked was further revived during the French Revolution by Louis-René Villerme (1782–1863) and Alexandre Parent-Duchâtelet (1790–1835) who developed the specialty of public hygiene.

In the late 19th century, German physician and pathologist Rudolf Virchow (1821–1902) coined the term “zoonosis”, and said “…between animal and human medicine there are no dividing lines – nor should there be”.

In 1947, veterinarian James H. Steele furthered the concept in the U.S. by establishing the field of veterinary public health at the CDC. The phrase “One Medicine” was developed and promoted by Calvin W. Schwabe (1927–2006), a veterinary epidemiologist and parasitologist in his textbook “Veterinary Medicine and Human Health”.

“One Health” was mentioned in a story about Ebola hemorrhagic fever on April 7, 2003, when Rick Weiss of the Washington Post quoted William Karesh as saying, “Human or livestock or wildlife health can’t be discussed in isolation anymore. There is just one health. And the solutions require everyone working together on all the different levels.”

“…there is no difference of paradigm between human and veterinary medicine, and is extension of notions of comparative medicine. Both sciences share, as a general medicine, a common body of knowledge in anatomy, physiology, pathology and the origin of diseases in all species.” (Schwabe, 1984)