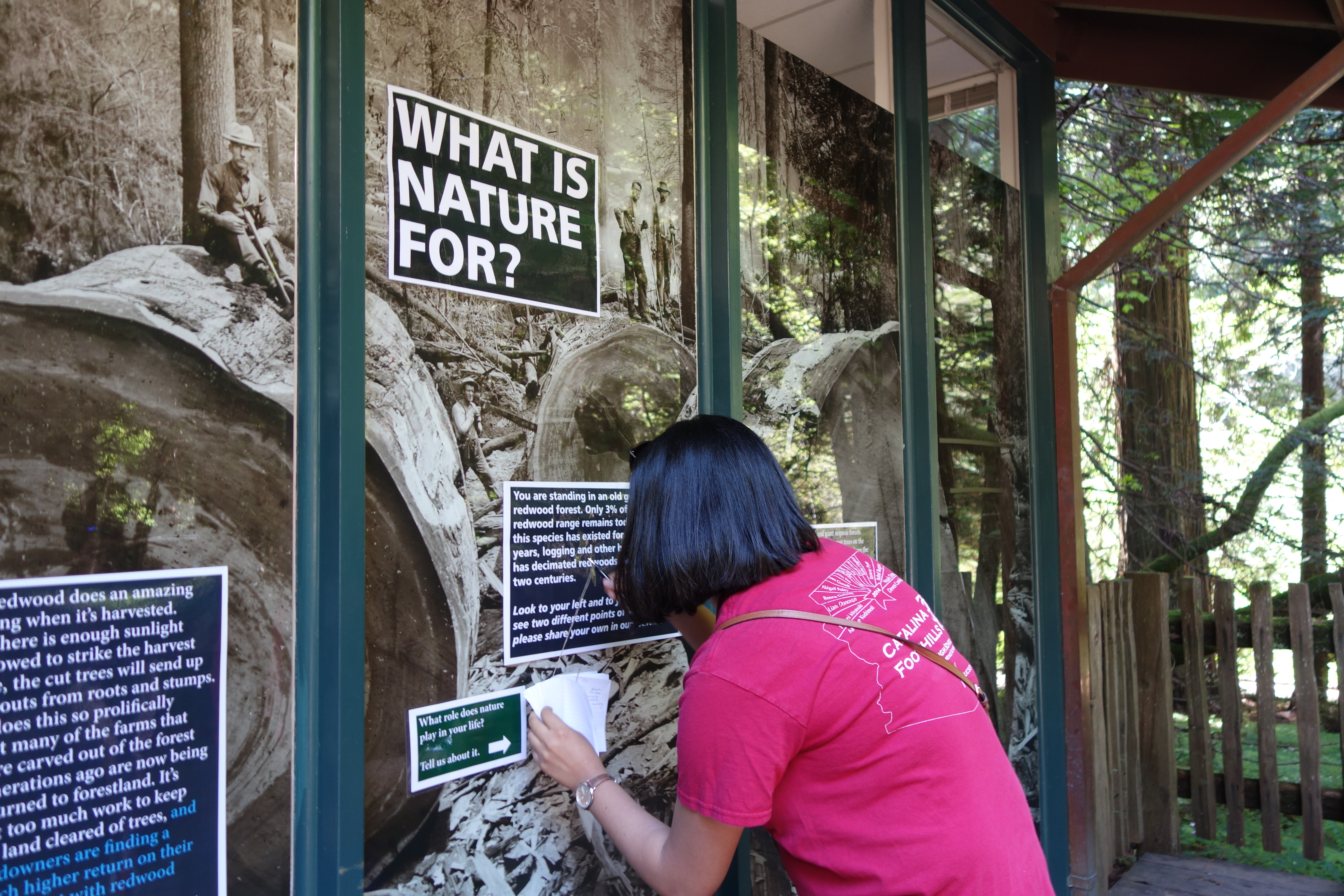 I found our trip to Muir Woods National Monument much more eye-opening than I had anticipated. Our visit with Ranger Hector made me think of a lot of problems I had never considered regarding National Parks. The problems that parks face are a lot deeper than litter and funding cuts. Most importantly, I was surprised by Ranger Hector’s extensive critique not only of modern tourism, but of mistakes the park service has made in the past. I had no idea that changing the course of the creeks in the Monument could have long-lasting impacts into today. I was surprised to hear that they’re looking into ways that they could take away the rocks around the creek that reroute it so that the waterways can go back to their original flows.

I was also surprised that the parking reservation system, something I had considered to be an inconvenience was really a well thought out policy initiative from the National Parks Service that ensures that the park is preserved and that visitors remain safe. At first it seemed unnatural having to have a reservation to go somewhere in nature, and it saddened me seeing so many people get turned away because they didn’t have one. I understand now that reservations ensure that ecotourism doesn’t destroy the place and is a much needed policy.

Published in Edition I: The Year 2050 and Environment