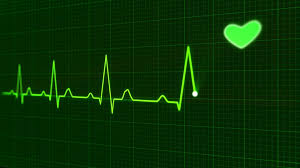 Mandate for Care and Its Turbulent Future

After a semester of training, UC Berkeley student Casey Li became a volunteer with the Volunteer Income Tax Assistance Program to help members of poor and marginalized communities file their taxes. As she worked, she noticed a recurring pattern in the returns she prepared: many people were not able to afford healthcare despite the passage of the Affordable Care Act. She spoke about the problems that single-income families, temporary workers, immigrants, and underserved communities all face annually during what can be a difficult tax season.

The individual healthcare mandate clause of the Affordable Care Act, commonly known as Obamacare, went into effect in 2014 and requires individuals to pay a calculated fee, also known as a Shared Responsibility Payment, or SRP, for roughly every month that an adult has a lapse in healthcare with up to a three month penalty punishment. Exemptions from this fee are limited, but significantly more applicable to the people that Casey worked with during her volunteer experience.

The central reason for exemptions in the cases Casey has encountered is the economic burden of paying for health insurance on already limited budgets. This qualifies some taxpayers for an exemption called the Affordability Exemption. The annual cost of healthcare coverage premiums through the taxpayer’s employer or through the marketplace must exceed 8.61 percent of the household’s modified adjusted gross income to receive this exemption. Other exemptions apply to those who do not have incomes above the filing threshold (i.e., are only filing taxes to claim refunds), who are not citizens or residents of the United States, citizens who are not residing in the United States, or who are residents of states that did not expand Medicaid. Nonetheless, many do not qualify, and the impact of the SRP affects these families more negatively than healthcare can help.

The integral philosophy that guided the implementation of this mandate was an encouragement for healthy people to purchase a healthcare plan and drive down premium prices. According to this logic, as more people buy into health insurance, the amount of money that can be used to cover unhealthy people increases. Thus, it is advantageous to institute a mandate as historically high premium prices have a potential to be reduced. Additionally, high amounts of uninsured people contributes to public health issues. In the event of an unexpected disease outbreak or health crisis, it is essential that affected victims have access to healthcare.

On the flip side of the argument, many conservatives believe that such a mandate is unethical. A historically conservative view that emphasizes individual rights and a decrease of government power on individuals would argue that to mandate American citizens to spend their income on the purchase a certain good is beyond the power of the U.S. government, and therefore unconstitutional. In today’s highly polarized era, a large portion of Republicans have come out strongly against this mandate and the entire bill itself. Many Republican attorney generals filed a lawsuit against the “requirement to purchase health coverage.”1 Although it was later deemed constitutional, the mandate was still repealed when the Republicans regained political power in 2017. The tumultuous history of this mandate leaves an ambiguous future as we look to the year 2050.

The main features to analyze in this policy are its political feasibility, its effectiveness, and its equity as a matter of socioeconomic inclusivity. In the American legislative system, this policy was, and will always be, intensely divisive. At its core, it is a cornerstone of former President Obama and the Democratic party’s groundbreaking legislation on healthcare. Therefore, it will always be seen as a project of the left. The polarization caused by partisanship on this issue should only be met by a discussion of its effectiveness. Even though parties agreed across the aisle that the former state of healthcare coverage in the United States was not tenable, the fundamental disagreement over the state of healthcare coverage in 2050 remains. Future passage of the individual healthcare mandate effectively relies on a compromise of how to ensure healthcare nationwide. Further, a more equitable system for appeal processes and guidelines on exemptions must be delineated.

In the future, it will be essential to seek an alternative that centers on compromise rather than partisan politics. As exhibited by Casey’s work, an effective alternative should instate a rewards system, as opposed to a punishment system, that encourages individual spending to compete in a capitalist economy. Moreover, a key element for future healthcare legislation should set a minimum standard of care to maintain accountability and legally bind hospitals to provide affordable and quality care. It is the duty of Americans across the country to lend each other a helping hand, and the same should go for insurance companies.

Published in Edition I: The Year 2050, Featured and Healthcare