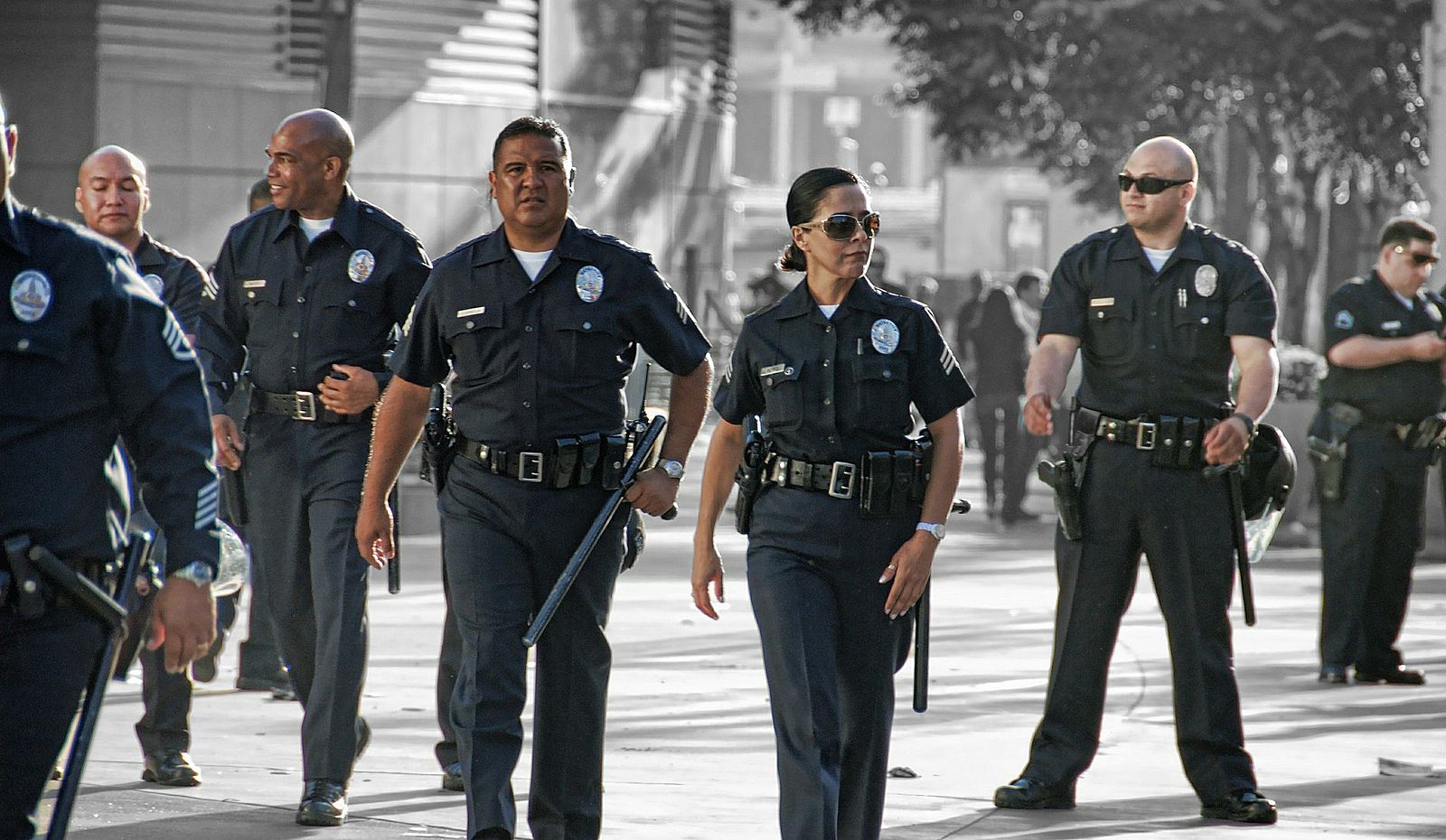 *Disclaimer: The interviewer and writer of this article is his daughter*

rian Whitten is a Los Angeles police captain who is rounding out his twenty-second year in the Department. Since 1996, he has served as a patrol officer in South Los Angeles as a patrol, gang, and internal affairs sergeant; a patrol and internal affairs lieutenant; and a patrol and legal affairs captain. In his current role within legal affairs, Captain Whitten supervises “a division of detectives who provide support to the City Attorney’s Office to help the city defend itself in civil litigation.”

When asked why he wanted to join the force, Whitten answers with blunt honesty: “Glory and adventure: that’s the truth of it.” He says that is what he thinks most other officers would respond with as well. People want to be heroes and to feel good about what they are doing for the world, and they feel that being a police officer is the best way to achieve those aims. The Captain goes on to say, “It’s good to help people — that’s important too — but you don’t think about it as much. I knew I’d be good at it, and I knew I would enjoy it.”

But beyond his initial draw to “glory and adventure,” Whitten also comments on his desire to participate in a broader shift in police culture: “I grew up in an era of police corruption that held me back from joining the police department. When Daryl Gates got fired, there was this sense that the police department was going to be reformed and become more progressive. I wanted to be a part of that.” What has largely characterized the Captain’s career has been his involvement in that reform, as he spent much of his time in the Department of Internal Affairs handling police misconduct. He says he found that work to be the “most enjoyable and gratifying” in his years at the LAPD. In congruence with the subject of police misconduct, I found it only fitting to ask the Captain to discuss LAPD’s recent history with race relations.

The Captain stutters at first, trying to find the best way to phrase his next sentence. He bounces back and forth between “greatly improved” and “well, much better than before,” and a series of slightly different semantics before landing on his reply: “I think that LAPD’s recent history is better than it used to be. We partner with community organizations and community groups, but there is still some mistrust when it comes to shootings of African American men.”

The statistics regarding these shootings circumstances look rather grim. The Guardian reports that “from 2010 to 2014, police in LA county shot 375 people, about one person every five days,” and black residents account for 24% of the fatalities despite making up only 9% of the population.1 These numbers, amid others that put LAPD at the forefront of this conflict, seem to cast doubt upon Whitten’s positivity, but the Captain insists that his argument does bare merit.

“Our LAPD is very diverse,” he continues, “Our police force is majority minorities, and over the last 10 years we have reduced the use of force.” He notes the famous Rampart Scandal, in which numerous police officers were implicated in corruption charges and fired. This resulted in an intervention by the federal government and the issuance of a consent decree which required the city to comply with a series of reform measures. Whitten says that such changes “made the police department a better place… more accountable and efficient. We got better training on use of force policies that reduced the use of force and lead to better community relationships.” Whitten’s assertion is evidence-based. The LAPD has immensely progressed from its former days of the famous 1992 riots. A civil rights attorney who regularly sued the department, Connie Rice, seconds this, asserting “I can show you units that haven’t gotten the memo, but now there [are] real investigations. Now there is an inspector general. Now the police commission has some tools. It has some power. And the LAPD has accepted civilian rule.”2  In 1992, more than sixty percent of the department was white.3 Today, that number stands at a little over thirty.4 The LAPD is not perfect, but it has gotten better. Rounding out this topic, I decide to bring the conversation to Captain Whitten’s particular contributions to amending these issues.

His face lights up, because this is part of the reason why he joined the department and where he continues to find purpose. Whitten graduated from Hastings Law School and practiced law for a couple years before becoming a police officer. He finds great pleasure in holding fellow police officers to the standards of the law and using its systems to ensure this. He replies “I supported police reform as a supervisor, and I investigated police misconduct as an investigator and as a lieutenant in internal affairs. In simple terms, I’ve made sure bad cops are punished or fired.” As a sergeant, Whitten spent two years investigating police misconduct, followed by two more years as an associate advocate prosecuting police officers for misconduct before the Board of Rights (commonly known as an administrative appeals hearing). As a lieutenant in internal affairs, he was in charge of training and leading a squad that investigated police misconduct. Later, he became the department advocate and trained associate advocates who were prosecuting police charged with misconduct. Whitten is proof that despite its flaws, there are systems and people in place actively working to undo corruption and misconduct within the police department.

Beginning to wrap up the conversation, I shift our focus towards the future. Captain Whitten is quick to respond to this, listing “supporting restorative justice initiatives, increasing transparency by releasing body worn videos, and adopting a more restrictive use of force policy.” It is glaringly apparent that the LAPD is nowhere near being finished in its process of improving its department, but that does not mean they are not on the road towards a brighter future. Strides have been and are being made in a positive direction, and the crucial element is that this improvement continues. Captain Whitten, as well as many other officers in this ever-growing department, are ensuring that this intention becomes reality.

Published in Criminal Justice, Edition II: No Place Like Home and Featured