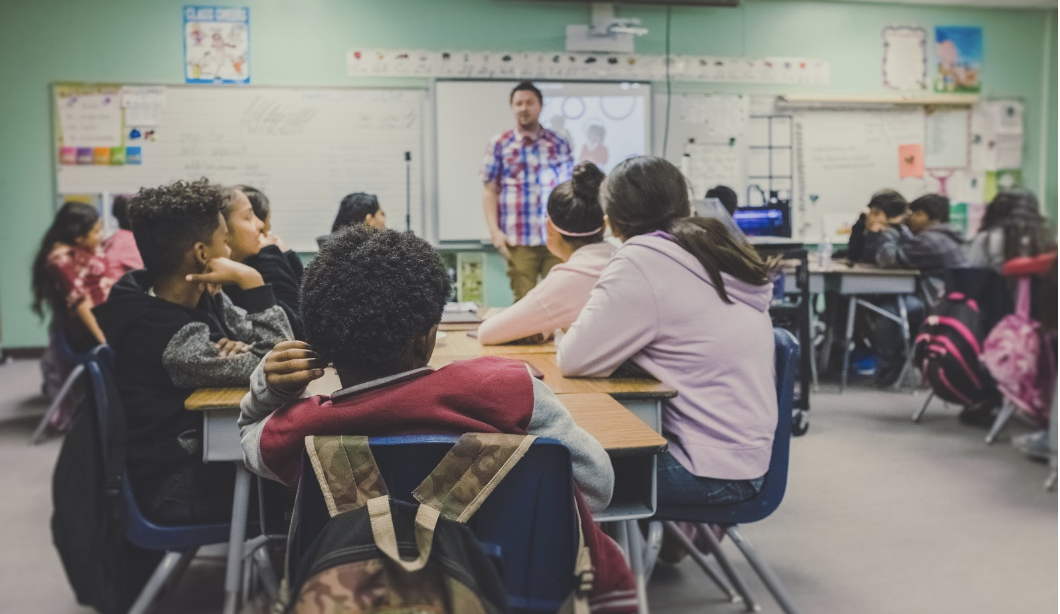 o say that there is “a lot” wrong with California’s public education system would be an understatement. Whereas certain schools are able to afford in-class technology, more after-school programs, and an overall higher quality of education, there are many that cannot. The ladder fails students who come from low-income backgrounds. Others get lucky and are able to reap the benefits of the property taxes of affluent neighborhoods, providing enriching educational experiences. What about an individual who has seen both sides of the coin?

Mariah Clark currently attends the University of California, Los Angeles, and is in her second undergraduate year on track to become a pre-med student. Prior to UCLA, she and I both attended Temescal Canyon High School located in Lake Elsinore, California. Even before then, I first met Mariah back in the sixth grade, and we’ve managed to stay close friends ever since.

Growing up, Mariah witnessed two sides of the public education system. At Railroad Canyon Elementary School, which she attended from kindergarten to fifth grade, there was a noticeable amount of students of color. “Elementary school for me was extremely diverse; I feel like it was the area we lived in,” she says. “But with that came a lack of accessibility because the area we lived in was kinda like low-income. There wasn’t a lot of white people at that school, it was a lot of like Hispanic and black (students). It almost felt more comfortable, but there were also drawbacks as far as accessibility goes.”

In middle school, on the other hand, Mariah said things changed for her, saying, “It was a big culture shock.” She didn’t really like middle school so much. In Canyon Lake Middle School, as far as education goes, there were a few problems with accessibility. “I feel like I pretty much had everything I needed to be successful. You can compare that to elementary school… it was like a move in area. Now it’s in the Canyon Lake area as opposed to like Downtown Lake Elsinore.” Canyon Lake is considered the more privileged part of the city. More than 90 percent of its residents are of Caucasian descent, but you don’t need that statistic to recognize that the area was more affluent and well-resourced. “And that was an extremely huge difference in a way that I got access to I think it was like the G.A.T.E. program. I was in that class. I feel like that propelled me more into the success that followed me into high school. It was kinda like an, ‘everything- you-could-ever-ask-for,’ type of thing.”

This same type of culture shock followed Mariah to Temescal Canyon High School. Nothing was a problem as far as education goes but her greater social consciousness led to feelings of social isolation. “Just feeling like I belonged to a certain group. I felt like I was floating from place to place, and I mainly just focused on school. But it was the same thing: I felt like Temescal Canyon was very accessible. Depending on the classes you had, I felt like education was more of like an uphill thing.” Although she began to notice this trend back in middle school, the difference in diversity was more pronounced in Temescal Canyon. When I asked her if she would be more comfortable if she saw a greater number of people who looked like her, she stated, “Absolutely. There were like barely any black people on campus. Not even black people, but you know like, Hispanic people or any other people of color really—there just wasn’t a lot. It just felt like I couldn’t say things or act like how I would on the black side of my family. Every time I did, my friends, mainly white (friends), it would be weird. They would do that weird thing where they’d copy you and they’d laugh.”

Academics, student government, and sports kept Mariah busy for the majority of her high school career. She was the captain of the girls’ varsity basketball team, leader of the school-wide media club, and she ranked consistently in the top 10th percentile of her class each year. Her hard work and effort eventually paid off, landing her acceptance into UCLA. But college was a whole new experience she wasn’t exactly prepared for.

In TCHS, the black community was almost non-existent, whereas in UCLA, the community was small, yet very present. “There’s not that many black people but most of us in our grade know each other or know of each other. It’s pretty much nothing like I’ve ever experienced in middle school or high school,” Mariah says. “There’s certain parts of me that could have come out more than they could have in high school.”

Mariah told me she feels more supported and even loved by the black community at UCLA. “To see people and be around people who simply look like you and share the same skin color as you,” is important to Mariah. Mentally and academically, “the community is there for you.” One of the clubs Mariah is affiliated with, called Curls UCLA, supports black women through active dialogue and retention efforts. “The main talking point is about hair, but it’s kinda more than hair. Some of their meetings speak on self-empowerment. What does your hair mean to you? What do you want people to know about it?” Being involved in clubs like Curls also connects people to outside opportunities, such as internships, community events, and professional development.

While the black community provides a greater sense of solidarity and hominess, Mariah also believes UCLA as a whole has been a struggle to adjust to. Between Temescal Canyon and UCLA, there is a noticeable difference in the aspect of discipline: “Education at UCLA is a lot more about self- responsibility than high school was. In college, no one tells you you have to go to your classes. It’s more hardcore.” The tradeoff with that, she says, is, “at UCLA, there’s a lot more professors that go the extra mile just to be passionate and that does a lot for you education. That makes you want to learn more on a deeper level.” She wishes this type of teaching, one that involves more passion and engagement on behalf of the teachers, was seen more in the public education system. “There’s too many lackadaisical type of teachers and it really fucks you over if you go through a high school predominantly with those types of teachers and it screws you.”

California’s public education system indeed needs change, having affected Mariah’s close friends: “I do have friends and even my own boyfriend who went to public schools in LA where the teachers don’t care about you. No funding, no accessibility, no programs. And it just spits out kids and students who just really don’t care. It’s a continuous cycle that’s hard to break.” Perhaps more funding for programs that Mariah has participated in throughout her primary education, including AP and IB classes, the GATE program, and AVID, might solve the issues.

Of course, the problem is much deeper than that. Mariah believes an integral responsibility of education is to provide spaces for students to become passionate, but schools can’t do that if they lack the mere basics of accessibility, “little things like having iPads in the room for kids, computers that work, or books and supplies available.” In order to even out the playing field, it’s not just about the teachers, but about the materials necessary for a student to be engaged with their education, because, “If you don’t give a student what they need to succeed,” Mariah states,” then I don’t understand how anyone expects the student to want to come to school or want to sit in class and learn.”

This is what California’s public education system needs: the basics. Mariah was fortunate enough to attend a public high school that had all those things, but she’s aware that not everyone has accessibility to these resources. “The school definitely played a role. I had very good teachers that pushed me and challenged me to do better. I was involved in programs and classes that kept me interested.”

Systemwide changes are not likely to come anytime soon, at least within California. While being able to attend schools that have the necessary resources for a child to thrive and succeed in our education system is ideal, the policies surrounding these issues unfortunately prohibit equitable access for all to succeed. Mariah, however, hopes to one day avoid these issues with her own children. “I would want them to go to a school that is top-tiered. I’d be a very active parent and I’d want to know that the teachers are actually teaching them things and not just going through the motions.” In addition, she would like such schools to be diverse and more colored, in contrast to her own personal experiences, “mainly for the cultural understanding, not even necessarily with their own culture, but with other people’s cultures as well.”