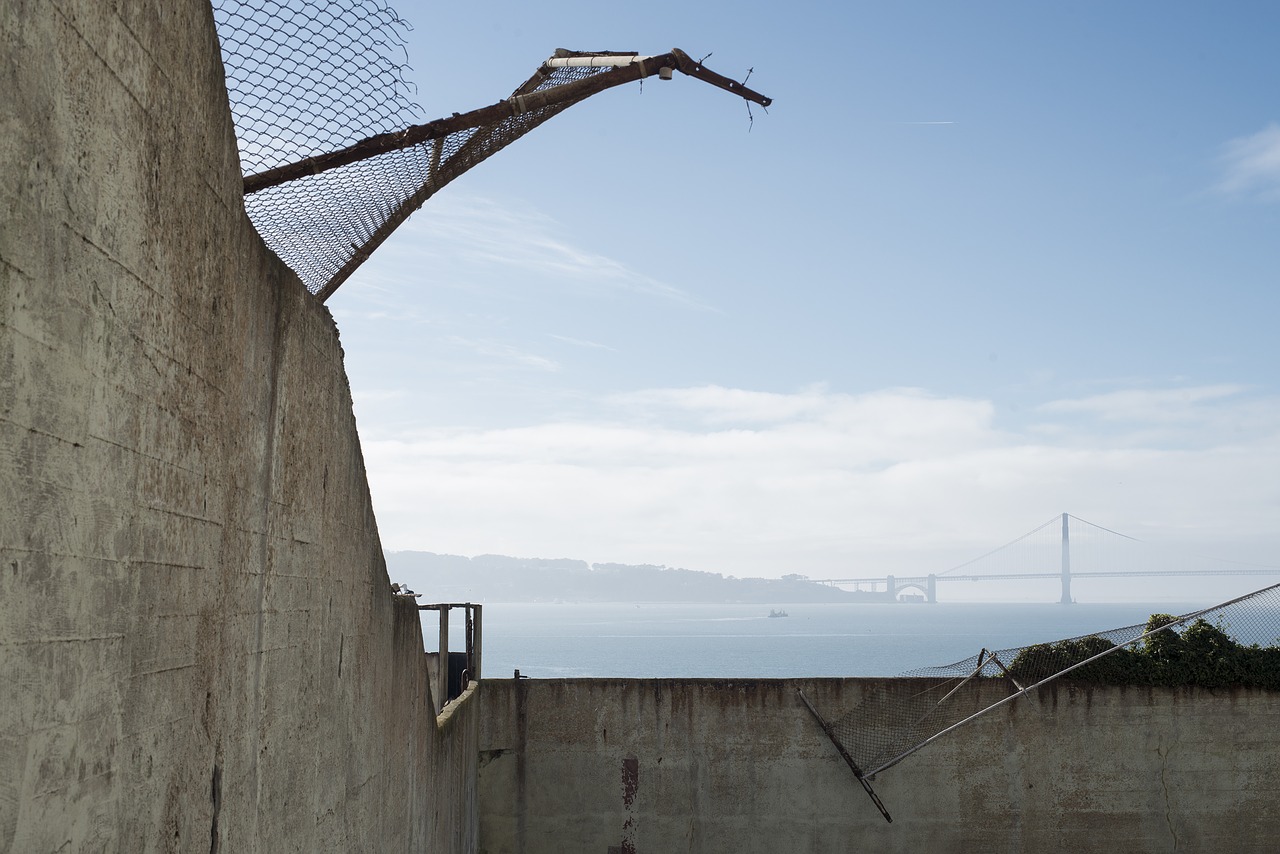 Problem: Prisoner overpopulation has reached a zenith in California — and the United States more broadly — that requires more of our attention and resources in readdressing the way California approaches crime, convictions, mental health, and recidivism.

Since 2002, America’s incarceration rate has been the highest in the world, with more than 2.2 million people at a rate of 670 prisoners per 100,000 people.1 In California, the prisoner population reached 162,000 individuals, which is 178 percent of the capacity the state’s prisons were designed to contain.2 The maximum design capacity for the state’s prisoners hovers around 80,000, and these numbers reflect nearly double that many incarcerated individuals.3 In 2011, the Supreme Court of the United States ruled on Brown v. Plata, No.09-1233, in a 5-4 decision that the prisoner conditions and populations meant that the medical and mental health care provided was so deficient that they violated the Eighth Amendments “cruel and unusual punishment” clause.4 According to Justice Kennedy, the suicide rates in California prisoners are 80 percent higher than the national average for inmates, which functions as yet another indicator of the lack of reasonable medical and mental health care.5 The Court ordered that California decrease its prisoner population by more than 30,000 in order to avoid these conditions in the future. This ruling resulted in the state seeking out extensive contracts with Arizona and several other states in order to house the overflow of prisoners in their facilities.6 Governor Jerry Brown’s most recent budget proposal for 2018-2019 aims to return all these prisoners back to California and address serious issues within the state’s prisoner framework.7  The prison population has been ameliorated to a small extent by several measures that passed following the Supreme Court’s mandate: AB 109, Prop 47, and Prop 57. Assembly Bill 109, known primarily as “realignment,” shuffles individuals with lower-level convictions out of state prisons and into county jails and non-custodial mandatory supervision programs, subsidizing the counties for the additional financial burden incurred.8 Another measure taken, California Proposition 47, reduced the penalties for certain crimes that were non-violent, non-serious offenses by classifying them as misdemeanors, as opposed to felonies, if the prisoner has no serious convictions on their record.9 Further, in 2016, California passed Proposition 57 to grant “parole and good behavior opportunities for felons convicted of nonviolent crimes and allowing judges, not prosecutors, to decide whether to try certain juveniles as adults in court.”10

Governor Jerry Brown’s new budget for 2018 and 2019 allocates 7.4 percent of its revenue for corrections and rehabilitation projects that impact the prison populations of the state.11 The primary changes for which the funding will be used are infrastructure improvements, career and education program development for inmates, mental health care, health care, and juvenile detention program changes, all of which total approximately $12.3 million.12

The state must intervene in order to decrease the inmate population and reverse the steep trend of mass incarceration. Any policy alternative implemented must lower the number of incarcerated persons in California and have a positive effect on the greater community of California.

Status Quo: The current policy of California is to continue with the changes brought forth by AB 109, Proposition 47, and Proposition 57 in order to lower the prison population and proceed with the aforementioned budgeted changes to the prison system.

Policy Alternative: In addition to AB 109, Prop. 47, and Prop. 57, enact laws that funnel non-violent, low-level offenders into community-based rehabilitation programs in lieu of incarceration, both presently and retroactively, with mandated community service.

Evaluative Criteria: I will use three evaluative criteria to determine how well each policy achieves the goals stated.

Effectiveness: How well does each policy address the aim of reducing the incarnated population of California while having a positive impact on the community?

Political Feasibility: How likely is this policy to be passed? Will it garner the necessary support?

Effectiveness: The present Californian policies in place (AB 109, Prop. 47, Prop. 57) all have an ameliorating effect on mass incarceration in prisons in the state, lowering the overall prison population. However, some of this reduction can be accounted for by the shuffling of inmates from prison to county jails and by thousands of prisoners being moved to other states in order to combat overpopulation. Nonetheless, California achieved compliance with the Supreme Court’s mandate following the passage of Prop. 47, and the county jail populations did not increase as much as the overall prison population fell.13 The actual number of incarcerated individuals in the state was reduced by way of these three implementations. The status quo also has a positive impact on the communities of California by reuniting prisoners with their families when released on parole and into correctional supervision programs. Allowing prisoners to once again participate in society affords these individuals the opportunity to work, cultivate meaningful friendships and relationships, raise children, and gain a sense of independence and self-esteem, all of which positively contribute to their rehabilitation.

Efficiency: The status quo is not saving the state of California money.16 It presently costs an estimated $70,810 per year to house each inmate in California prisons.17 The $12.3 million budget for this fiscal year will be applied to improvements to the prisons themselves (e.g. roofing, mold, etc.) and to the programs offered within the correctional system.

Projected Outcome: The status quo is reasonably effective at achieving the goals of reducing the incarceration rates and improving the communities of California. It does, however, create an undue burden on  California’s economy as a result of the costs incurred to maintain the presently implemented policies and practices.

Effectiveness: The policy alternative will achieve all the same benchmarks as the status quo while offering better results on decreasing the prison population. By utilizing community-based rehabilitation options for low-level, non-violent offenders, the number of bodies housed in California prisons would be drastically reduced beyond what is accomplished solely by the status quo. The policy alternative would also have a greater positive impact on the community of California than does the status quo. By foregoing imprisonment, offenders are able to participate in the workforce, keep their families intact, have close connections and relationships, and continue to be productive members of society while undergoing rehabilitative treatments. Individuals who have been incarcerated experience disenfranchisement, barriers to entry for employment, and are widely considered to be less employable than individuals who have not spent time behind bars.18 When ex-convicts do manage to find employment, they earn on average 10 percent to 40 percent less than those doing similar work who do not have a criminal background.19 These conditions contribute to higher rates of repeat offense, recidivism, and homelessness, as ex-offenders are unable to provide for themselves and their families effectively upon release. Similarly, families suffer emotional, psychological, and financial losses when a relative is imprisoned. Further, families are 40 percent more likely to be impoverished after a father is incarcerated.20 The policy alternative would prevent these outcomes for many members of the community. The focus on rehabilitation and correction rather than punishment would improve outcomes on the individual level and for the community. Individuals would be forced to address their problems head-on in personalized programs rather than simply being removed from public life without effectively tackling the underlying issues that resulted in criminal behavior. As these offenders would be low-level, non-violent, and still under supervision in order to correct their behavior, they would not pose a threat to public safety. Additionally, the mandated community service as a part of rehabilitative treatment would allow offenders to give back to their communities personally.

Political Feasibility: The policy alternative is politically feasible. It would build upon the foundation laid out by Governor Brown and the prior assembly bill and ballot initiatives, all of which have been publicly popular and well supported. However, it would face opposition from those who favor punishment over corrections and from those who benefit from the expansion and maintenance of the status quo (e.g. lobbyists for private prison companies).

Efficiency: The policy alternative is significantly more efficient than the status quo. The state economy benefits financially on three fronts. Firstly, the state is not paying $70,810 per year per capita to hold offenders who pose little to no threat. Non-custody-based programs targeted at addressing mental health, substance abuse, and behavioral issues instead are, in most cases, a one-time expense rather than compounding annually for the course of an entire sentence that can span decades. Secondly, the state would benefit from having offenders working and producing value in the economy. Thirdly, the state may actually be able to close prison facilities rather than needing to improve upon and expand them. If enough low-level, non-violent offenders are presently and retroactively released into non-custody, community-based programs, prison facilities can close, saving the state money rather than requiring more money for maintenance, personnel, etc.

Projected Outcome: The policy alternative is more effective than the status quo with respect to the objectives stated and will drastically decrease the prison population while meaningfully improving the lives of those in California communities. It is not as politically feasible as the status quo, as it would require legislation and public support to enact. The policy alternative is substantially more efficient than the status quo because it will detract from state prison costs and will add value to the economy by allowing offenders to continue in the workforce without the major life disruptions that accompany incarceration.

Final Recommendation: I strongly recommend that California implement the policy alternative to place low-level, non-violent offenders in community-based, non-custodial rehabilitation programs with mandated community service instead of incarceration. It is more effective and efficient than the status quo while being politically feasible. It will reduce the prison population of the state and will improve the communities of California in meaningful ways while placing an emphasis on corrections rather than punitive actions.

Published in Criminal Justice, Edition II: No Place Like Home and Featured