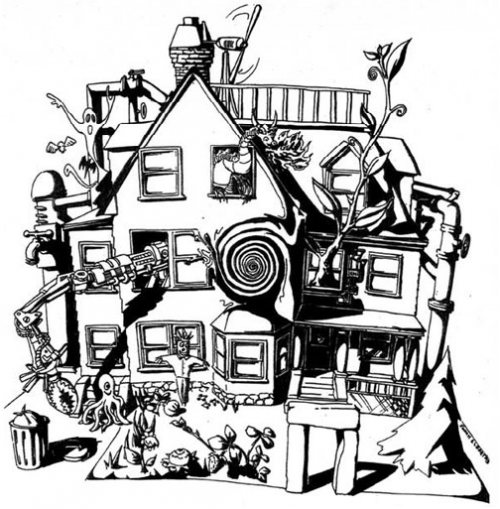 Cooperative Housing as an Alternative to the Bay Area Housing Crisis

The rising popularity of living and working in the Bay Area has contributed to one of the worst housing crises in the world. As more people arrive, housing space fills and pushes people with the lowest income out of the market. Many minority and low-income households are unable to access homeownership, and even those who can afford a home have difficulties finding one due to construction costs, restrictive zoning laws, and high demand. Home sale prices have more than doubled in many neighborhoods, and the extreme competition for housing has driven up prices and credit standards.1 As homeownership becomes increasingly inaccessible, people are forced into the rental market and still struggle to afford monthly payments. It is clear an alternative is needed. Nationally, privately owned housing makes up 96.3 percent of homes; the remaining 3.7 percent is “social housing,” including government-owned housing and non-profit community-based models. If these models went mainstream, more people would have access to affordable options that they need which the market does not currently provide enough of. As housing gets less affordable and homeownership less attainable, more people end up with nowhere to go. It is typically less expensive to provide people with decent housing than it is to take care of their needs including temporary shelter and health when they are without a stable home². Alternative social housing models like community land trusts, limited equity cooperatives, tenant syndicates, and mutual aid housing cooperatives have solved the failure to provide effective, efficient, equitable and permanent homes in other communities. In analyzing the tradeoffs between these criteria, this report’s recommendation for the best alternative housing plan for the communities of Oakland or the larger Bay Area would be to incentivize and fund community land trusts (CLTs) to increase housing accessibility. As director of Oakland’s Housing & Community Development Department, I urge you to consider my recommendation based on the research provided below.

There is a missed opportunity in providing affordable housing to Bay Area residents by not incentivizing or funding alternative housing options. Low-income households, people of color, gender-nonconforming people, and people with a criminal record are being excluded from the competitive housing market and lack alternative options. I have lived in the Berkeley Student Cooperatives for over three years now and have witnessed the enormous benefits and opportunities that the organization has brought to thousands of students, both from Berkeley and other colleges and universities in the area. I have also completed an internship at the East Bay Permanent Real Estate Cooperative doing research on identifying ways to reach out to the public and gage local interest in collectively purchasing property, as well as attended the NASCO Institute, a conference that explores cooperative models and how to navigate them. While I have learned a lot of the behind-the-scenes actions that goes on in these alternative housing models, it is difficult to determine specific policies or incentives that would grow the movement and provide affordable housing to more East Bay residents. With this memo, I intend to research these possibilities and answer the following questions:

Exploring alternative housing is crucial as Bay Area cities are facing housing and homelessness crises. Oakland’s unsheltered homeless population has risen by over 39 percent since 2015.3 There are zero housing units in Oakland that a full-time minimum wage worker or even an entry-level teacher could afford. They would respectively have to spend 112 percent or 72 percent of their average income in order to live in an average priced one bedroom apartment.4 While thousands of units have been built in Berkeley and Oakland in recent years, it is not nearly enough. The Bay Area housing market is the United States’ most undersupplied market due to the high cost of construction and prohibitive zoning laws. Because of this, developers and property owners are looking into creating micro-units, prefabricated units, modular units, and accessory dwelling units as they are cheaper and easier to build. Most homes in the Bay Area are only occupied by two people and have an average size of a couple thousand square feet, which would mean each individual is taking up more square space than they need or use.5 Most alternative housing which already exists in the Bay Area is in the form of group living run by and for students, or based off their models. Students have been active in the process of creating cooperatives of various sorts and even in campaigning for legislation changes to make group living a more stable option. Some groups of people have used student housing as an alternative to create their own alternative homes, such as professionals in San Francisco who have moved into “dorms” with shared bathrooms and kitchens. Residents in Starcity, one of these dorm-style housing units, have said that the shared bathrooms is the hardest part, but overall most of them share a sense of freedom in splitting household chores and not having to run an entire household alone, enjoy the sense of community and social opportunities, and save costs by sharing spaces where they “eat food, drink wine, and watch TV” among other activities you do at home.6 Additionally, 300 worker-owned small businesses in the United States show well-documented benefits to the businesses and employees using the cooperative system. The Democracy at Work Institute found that employee-owned small businesses see, on average, 4 to 5 percent higher productivity levels, lower employee turnover rates, more stability and potential for growth, and higher profits and worker wages.7 While co-ops are usually more difficult to create than other business models, the benefits are long-lasting and sustainable. They provide more incentives for employees to work hard to foster the business, as they have a direct benefit when the company is doing well. Cooperative models do best when there is a market failure, which is exactly what is happening with the Bay Area housing supply. To fix the failing housing market, Bay Area legislators should learn from the success of existing cooperative models and incentivize alternative housing.

The following section will provide data that helps determine if each alternative will produce a low, medium, or high success rate for each criteria. I then include a matrix and a discussion on which of the alternatives has the highest overall “score” in achieving the necessary criteria.

The matrix below shows the scores of all alternatives and criteria to easily compare:

This report has shown that the current model, the only option given to almost all homebuyers or renters in the Bay Area, is causing more of a disparity in wealth and opportunity disparity among classes and races, while driving marginalized populations to have to move out of their homes, their neighborhoods, and even the state of California. There is clear interest in alternative models, which have worked very well in student populations, and in many other cities and countries. While the current market system allows many people to increasingly gain capital when they purchase a home, it is not working in the Bay Area where housing is limited and people are ending up on the streets, unable to afford mortgage or monthly rent. The Berkeley Student Cooperatives have made a huge impact on the student population of the East Bay, providing low cost housing for thousands of local students every year. While the efficacy of their model is high for the student populations they already serve, it would not make as much sense for families or working adults. Their model is not meant to be permanent like the models of community land trusts or mutual aid housing cooperatives. CLTs and MAHCs could both provide very promising outcomes if they existed in a widespread scale in the Bay Area. However, CLTs already exist in a number of cities in the United States, while MAHCs are primarily in other countries. The model has been attempted and successful and there are already a few CLTs beginning to grow in the Bay Area. This alone shows that there is something about CLTs that can be more successful than other models. They just need more public funding, land, and government support.

Reports by the California Housing Partnership Corporation show that policies and investments are needed to provide alternative housing options in the Bay Area which would stabilize areas where rents are rising disproportionately fast, causing low-income people of color to be at risk of displacement as higher income people move into the area and create opportunities for marginalized people to live in higher resource areas that they historically have been excluded from. Alternative housing would provide an opportunity for what their report states is needed: “preserving and expanding the important place low-income communities of color have in [the Bay Area’s] landscape, and for increasing their long-term economic prospects in the region.”16 This memo has shown that community land trusts have the most potential of the alternatives researched to provide housing opportunities to people suffering from the lack of affordable housing in the Bay Area. Because CLTs are able to sell ground leases below market value through separation of land from the cost of housing, and restrict resale, they are a sustainable way to provide low cost housing to the people who need it most. There are already at least 300 CLTs in the United States that shelter thousands of people, the majority of which are low income families or formerly homeless. These people have more of a voice in their housing preferences than other affordable housing models have shown through their use of participatory planning and direct democracy. Residents have mixed ownership or renting options, the only major restriction being on resale which keeps it affordable. There are not discriminatory acceptance policies to keep out potential residents based on their identity as undocumented, formerly incarcerated, LGBTQ+, race, or any other factor. Through 99-year land leases and low eviction rates, CLTs insure that once families move in, they have the option to remain in their home for as long as they want. The model already exists and is thriving, it just needs to be more widespread to serve more people. For all these reasons, I firmly believe that the people of the Bay Area would benefit immensely from the option to live in a community land trust area. As director of Oakland’s Housing & Community Development Department, I hope that you will introduce this idea and push for more funding and support to make sure more CLTs exist in Oakland and the greater Bay Area.

4.  “Oakland’s Displacement Crisis: As Told by the Numbers.” PolicyLink.

12. Murphy, Katy. “Why the Bay Area Is the Epicenter of California’s Housing Crisis.” The Mercury News, The Mercury News, 4 May 2018, www.mercurynews.com/2018/05/03/why-the-bay-area-is-the-epicenter-of-californias-housing-crisis/.

Published in Edition II: No Place Like Home, Featured and Housing