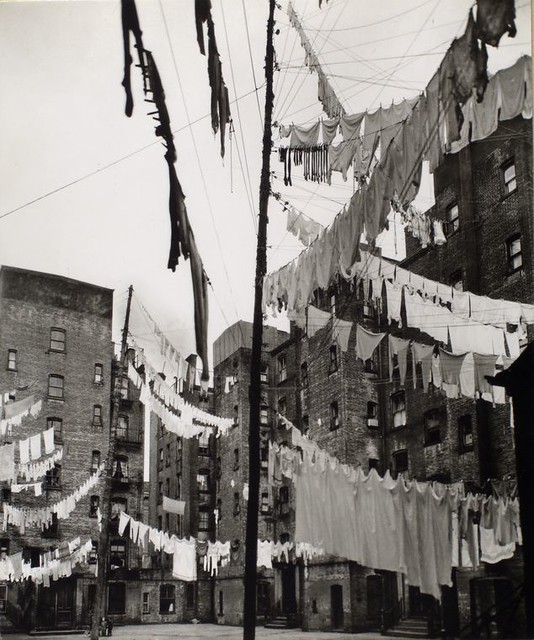 Interviewing Mary: The American Dream Through the Eyes of a Taiwanese Immigrant

nside a busy Chinese restaurant, families and groups of friends sat in round tables chatting, sharing jokes, and enjoying each other’s company. Waiters ran back and forth from the kitchen while carrying trays of dishes. In the corner next to the cashier, sat an old lady eating dinner by herself; across from her was an empty seat and an unused set of utensils. This old lady is a eighty-two-year-old elder from my home church, named Mary Fung. I first met Mary on the Sunday after I moved from Hong Kong to New York five years ago. She welcomed my family outside of the church building with sincere, memorable greetings. I was interested to learn about her story and where she called home, as our encounter marked the time I left my own hometown. She seemed extremely nervous for the interview, and I could feel her hands quivering under the table. She told me that her English was not good enough to talk for twenty minutes, so I lightly patted her on the shoulder and praised her for having the courage to accept my interview request.
In the mid-19th century, a group of Chinese immigrants traveled to the Hawaiian islands as contract laborers for cane sugar farms. Like other immigrants, the Hakka community began to set up hospitals, schools, and organizations to preserve their culture in Hawaii while attracting more Chinese to come aboard. Similarly, Mary immigrated from Taiwan to Hawaii as a young adult. Although she didn’t explain in detail why she went abroad to Hawaii, I inferred that the primary reason was to study because the Chinese deeply admired Western education. She went to a secondary school in Hawaii, where both the students and teachers spoke Chinese. “It was nice,” she commented on her experience there. Being able to communicate with people around her using her native language made her feel like home despite the physical separation from her family. After 1965, a portion of Taiwanese moved from the well-constructed Hakka community in Honolulu to the United States. Mary also packed up her belongings and headed for the U.S. mainland in 1973. She described her excitement and happiness on the first day of arriving the mainland, “It was a wonderful feeling,” to reunite with her old friend.

I asked about her friend whom she was so excited to see. “He was an old man,” she answered vaguely, “I took care of him because he needed help. He was a sailor. He later asked if I wanted to go to mainland America, and I agreed because I could be with him.” Following the interview, I spent the night thinking, “Who is this friend? He was influential enough to make Mary move for a second time. Perhaps her lover? She referred him as ‘Grandpa’ though.” She sounded reluctant to share more about this friend, so I avoided asking further.

Her life in the United States was deeply affected by government policies. Besides the language barrier, housing was a main concern for Mary. Due to the high cost of living, she had to share an apartment with multiple people. Her crowded living conditions were not significantly better than that of tenements during the time of the Industrial Revolution. Soon, she decided to move across the Hudson River to New Jersey where housing was slightly cheaper. “Nothing is affordable,” she expressed hopelessly. Despite being a permanent resident of America who contributed to the national economy by paying taxes, she did not receive any federal assistance: no rental fund, no housing insurance, and no homeownership programs. Over the years, she grew more and more disappointed in the United States. Her view on public policy turned negative as she realized that elites dominated our society by controlling the housing market while limiting opportunities for the bottom 99% of earners in the country. “At home, people say that I am very brave. Yes, it is true that I am willing to learn even when I am old. However, my life does not match the ‘American Dream’. There is so little I can do about my situation now. I can’t buy a house or bring my family here.” Her American Dream was simple: She wanted to own a home. The reality was that she had to move constantly because of overpriced rent. Her worries for finding a place to live in had only increased over the years since she retired and did not have an income for two years.

Mary shared with me that her favorite hobby was pottery. “I only have one interest: pottery. And that is all,” she emphasized. The biggest problem was that she could not do pottery in a tiny, cramped room. Pottery was her form of self expression. “When my hands touch the clay, I feel so comfortable,” she said. But without a room and without a permanent home, Mary was unable to pursue her interest even after retirement.

I wanted to know what was her proudest moment in her career and her response of “nothing” almost made me cry. Mary could not think of anything she was proud of or list her achievements. Her life seemed dreadful and purposeless. Yet, she is a thankful lady who showed compassion to others in the church.

As I interviewed Mary, I found that she was a strong, hard-working, and intelligent woman who overcame obstacles with a positive attitude. Her journey living in America for more than half a decade was certainly not easy. Mary revealed the difficulties of immigration she faced, including the language barrier, cultural shock, and unemployment. After her old friend passed away, she had to deal with all these challenges by herself. In my own experience, family was my biggest support structure for my move to America because we could share the ups and downs with each other. But for Mary, she was alone. Her loneliness made her realize that “there is no place like home.”

“Do you miss Taiwan?” I asked Mary. She stayed silent for a minute and looked down at her plate.

“Umm…I prefer to stay in America now,” she responded in a brittle voice. “I know that I will not be able to adjust back. Everything has changed back at home, so I fear that I will not fit in the environment and situation.” At that moment I felt deeply sorry for her. She was stuck in between the two cultures and two locations, unable to change her status quo. Then, she added quickly, “I used to go back home every year to see my family and enjoy tianlun zhi le.” Chinese words came out of her lips naturally; there was no better phrase she could use to describe the happiness of a family union. A genuine smile appeared on her face as she continued to remember and desire her family life.